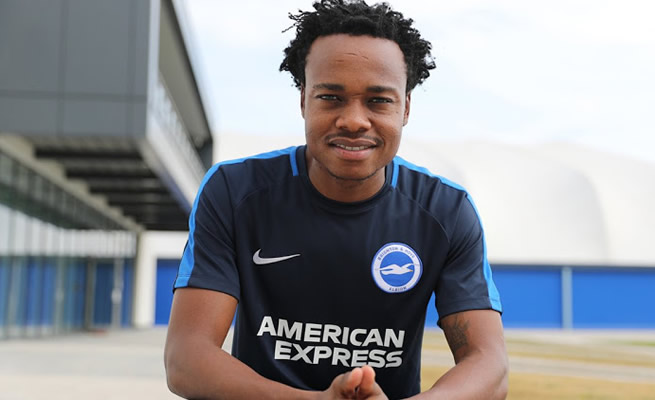 Brighton said Tau has signed a four-year deal and confirmed that he will be loaned out for the coming season‚ though have yet to say to which club.

“Percy is a player we have highlighted for the future‚ and there is no doubting his talent‚ having been voted South African player of the season‚" Hughton told the club's website.

“Percy will go out on loan this season‚ play regularly and get some experience of European football.

“We will be watching his progress and monitoring his development over the season.”

Tau was quoted on Sundowns' official Twitter page as saying: "I would like to thank the Mamelodi Sundowns family‚ the President‚ the Board‚ management‚ staff‚ supporters and the players for the incredible memories and experiences which we shared throughout my time at Sundowns. Thank you! Ka Bo Yellow!"

Tau's transfer fee from Sundowns has been reported to be R50-million.

Tau (24) was the Premier Soccer League's Players' Player and Player of the Season for 2017-18. He won the 2016 Caf Champions League with Sundowns.