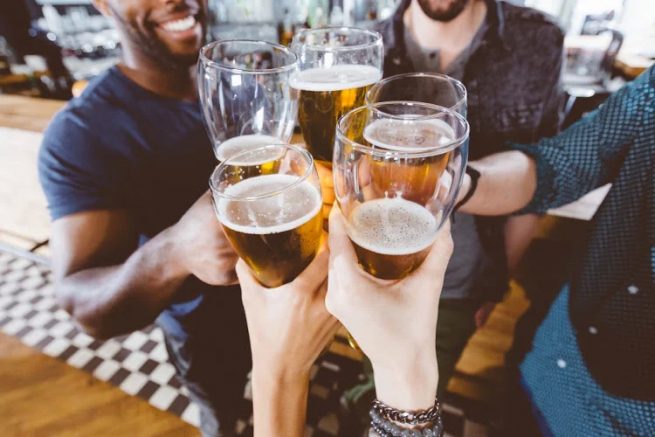 The beer war has grown bigger and more fierce, other political parties have joined the battle opposing calls by the liquor industry for the government to lift its ban on the sale of alcohol during the lockdown.

This past weekend, a call was made by the Gauteng Liquor authority for the government to relax its ban on the sale of liquor.

The organisation, which represents 20 000 people in the liquor selling sector threatened legal action against President Cyril Ramaphosa. It warned that by today, the government should relax the ban or risk being taken to the Constitutional Court.


Presidency spokesperson Khusela Diko said the Presidency had noted the representations made by the Gauteng Liquor Forum to Ramaphosa.

“In essence, the board has raised concerns about the economic impact the restriction of the sale of liquor has on its clients. Concerns regarding the potential economic impact of lockdown measures, not only on liquor traders but small businesses in general, are receiving the necessary requisite attention from the government,” she said.

She however, noted that there were a number of liquor associations who are in support of the government's move to ban beer selling.

“Nonetheless, the Cabinet will be meeting during the course of the week to discuss details of the government’s economic assistance programme. Such discussions will obviously have a bearing on the Gauteng Liquor Forum’s clients and other small businesses. The Presidency will therefore await the outcome of those discussions before commenting further on this matter,” Diko added.

The forum’s position has been criticized by some political parties.

EFF spokesperson Vuyani Pambo said the sale of alcohol during this critical time is a bad move meant, “to finish people off”.

Pambo said his party is ready to put in place a strong legal team should the association go ahead with its idea of taking a legal route.

“The EFF calls on the government to unequivocally oppose the relaxation of alcohol restrictions. We must refuse to be drawn into a general conspiracy for mass murder by the alcohol industry. Long has this industry benefited out of the destruction of life, in particular the lives of the poor majority which are blacks,” said Pambo.

The ANC’s Pule Mabe said the ruling party stands by the government.

“It is incumbent upon all South Africans to really play their part in assisting the government to deal with this devastating pandemic,” Mabe said.

He urged the business community to take advantage of the mitigatory measures put in place by the government.

“We are also encouraged by the initiative of private-sector entities, including banks, which have also introduced relief measures such as payment holidays on various finance products,” said Mabe.

Eric Mabuza, the Gauteng Liquor Forum’s lawyer, said they were expecting a response from Ramaphosa before close of business today.

“We can’t file before they tell us what their position is. If they don’t come back to us after tomorrow (today), we will proceed with filing papers on Wednesday or thereabout,” Mabuza said.