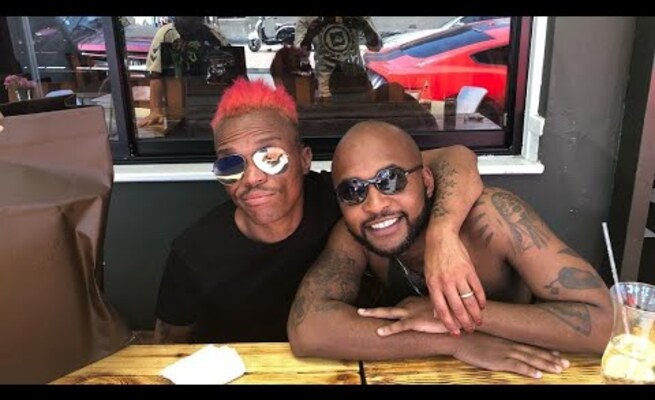 Vusi burst onto the music scene in 2009 with his debut album Ndimfumene and shortly after had to fight off speculation about his sexuality.

In 2014‚  rumours about him being gay intensified when pictures from a satirical news website surfaced showing Vusi with a man they claimed was his boyfriend. The reports soon spread on social media.

During that time that he slowly became more concerned with the speculation as the rumours got vicious.


“I was okay with it in the beginning‚ people started asking questions and I would laugh it off. But it got a little more serious for me when I would read ridiculous things like I had gone to an island with my boyfriend and got married. That was when it really got to me‚” Vusi said.

From that moment on‚ Vusi decided to change his stance and became more guarded with his love life.

“I started feeling like whatever I decide to do in my personal life has nothing to do with anyone else. I got to the point where I don’t feel like I need to explain to people who I am dating or why I am dating that person.

Fast forward to 2020 , Somizi revealed on his reality cooking show, ‘Dinner At Somizi’s’ that he and his best friend Vusi kiss occasionally and his revelation gave many assurances that Vusi was indeed gay, even after squashing those assumptions.

Somizi however defended his bestie by saying people should just mind their own business. “Angilwi ngiyabuza (I’m not fighting, I’m asking)..what’s the obsession with other people’s sexuality…its as if the answers will improve a certain aspect of your life….or as if it makes one feel better about themselves if they out someone else….trust me he is content and I hope you are too and enjoy your life,” he clapped back.

This morning, fans were left scratching their heads in confusion after the Asphelelanga singer, Vusi Nova revealed his new lover on Twitter.

He shared a picture of him and his rumoured bae looking all cosy and captioned it “I got you.”

Vusi Nova hasn’t been open about his love life over the years. This has spiralled a lot of rumours about him being gay.