Home Celeb Gossip Vusi Nova who enjoys kissing Somizi shows off the love of his... 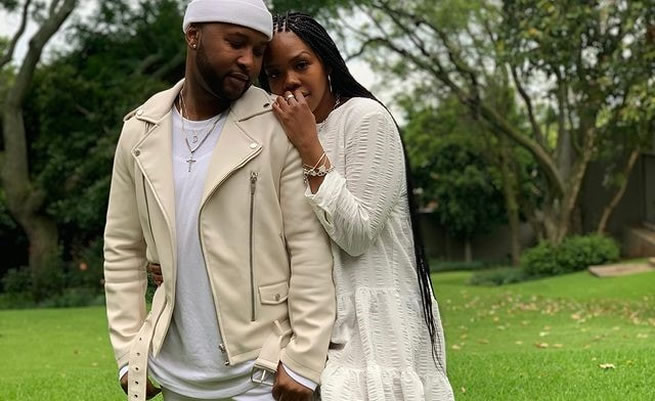 Vusi Nova is definitely amongst the many celebrities who always know how to keep people talking, whilst teaching them how to mind their own business. He has always been attacked by trolls who always question his sexuality but his best friend Somizi always comes to his defense.

Vusi is never one to defend himself nor address the rumours but his subtle clap backs here and there are lethal. Recently, Vusi has revealed the love of his life and as expected, people flooded his comments section with nasty comments.

A woman with the social media handle @asnobwithablog was celebrating her birthday recently and amongst the many people who wished her a happy birthday was the Yibanathi hitmaker. "Happy birthday to the love of my life," wished Vusi and accompanied the message with a heart.

In his Insta stories, he expressed excitement when he met her for her special day by saying, "love of my life has arrived." In response to the sweet message, the woman thanked Vusi by saying, "Thank you my sweetie pie. Love you always and forever my babe."

Vusi responded to some of the mean comments by people who are still not convinced that he is a straight man. Comments such as "This is funny anyway happy zalwa day to your love it will end in tears though," and others like "No chemistry at all here.. You must just go to where your heart belongs.." prompted a response from Vusi who used a little bit of profanity.

Just recently, best friends Vusi and Somgaga got people excited when they showed just how much they love each other. Somgaga revealed that Vusi Nova had caught the tummy bug and has turned to his best friend for help. Proving that Vusi means so much more than anybody can think of, he had to drop everything just to be with his friend.

Taking to Instagram to let his followers know that Vusi is sick, he mentioned how Vusi wants to be babied, "Can someone tell this one that I'm his best friend not his mother…..he is such a cry baby when sick and now I have to fly back to Joburg coz he has a minor stomach whatever hayi suka maan," he wrote.

The two also performed their recent song Ntandane at the Idols finale and the chemistry they shared on stage got people talking.