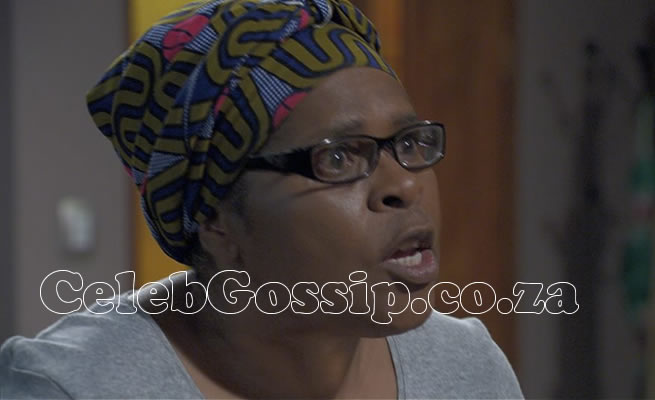 Skeem Saam actress, Dieketseng Mnisi’s character is loved for being a cheeky, strict and hard-headed mother on the SABC1 soapie. In real life, she is a sassy go-getter who refuses to let age stop her from living a life full of excitement and colour. In an interview with Move!, she speaks about not giving up on love and herself, the jewel that is her family and reaping the rewards of her labour after more than 30 years in the industry.

The 57-year-old mother of two was previously married to Jabulani Nkosi who played ‘Chirwali’ on SABC1 iconic comedy, Emzini We Zinsizwa. They were married for 22 years until they divorced in 2005. “It was not easy going through the divorce but by the grace of God I survived. I would say, during that time, my relationship with God became stronger,” she says.

Jabulani and Dieketseng have two children together – a son (34) and daughter (31) – and they are the most precious jewels in her life.

“My children gave me a reason to wake up for a lot of years, whatever I did, I did for them,” she says.

Although the two veteran Mzansi entertainers are not together anymore, she says she is in good terms with the father of her children and makes it a point to still involve him in things concerning their children.

Dieketseng says that women should strive to be strong throughout whatever struggles or circumstances in their lives. She says many women give up on themselves and end up drinking or letting the presence or absence of a man define who they are. “After a divorce, it does not mean your life is over. Live your life and you will be fine,” she says.

This did not stop her from finding someone special too, years after the split. She says she is very happy and in love now.

The sacrifices she made for her children are now paying off. “I am proud to see how well my children have turned out,” she says.

Dieketseng says it took her years to build her big house in Braamfischerville in Soweto.

“I don’t know how I did it. Both my children were in school. One was studying engineering and the other office management,” she says.

Whatever money Dieketseng got from her cameo roles, she put away and remained disciplined to get her children educated and have a beautiful home. The animated and talkative Dieketseng says her children are a direct opposite of who she is.

“My children are so quiet and calm, unlike me,” she says with a laugh. Perhaps one of her four grandchildren will take from her.

“Iama gogo and I love every minute of it. I am only three years to 60 and I’m blessed to still be alive to know and raise them,” she adds.

One of the things that makes her love being a part of Skeem Saam, which recently won an award for the Most Popular Soapie at the Royal Soapie Awards, is the quality and relevance of the storyline. For instance, she says, Pretty, who is MaNtuli’s daughter on the soapie is starting to act and talk the way her mother does to a fault. “Pretty is starting to become too difficult for MaNtuli to handle. It is important for parents to be careful of what they teach their children. Be sure not to raise a monster that you are unable to handle,” she says.

Dieketseng is a God-fearing woman who has always been intentional when asking God for something.

“I have learned to be specific when praying, to ask for exactly what I want from God and he answers,” the Seventh-Day Adventist Church member says. But when it came to Skeem Saam, she says she was never quite expectant of the role. “When they wanted me to audition, I was very sceptical and reluctant,” she says.

This is because Skeem Saam is a Sepedi soapie and she didn’t even know how to speak the language. She immersed herself into the role, surrendered to the possibility of learning a new language. Indeed, with how things have turned out, it is exactly what she prayed for.

She says the best is yet to come, she is not done yet. “I was probably too specific when I said I want just one soapie, maybe I should go back to God and make a new prayer,” she jokes.

Dieketseng says it is never too late to live your dream. “I still want to feature in more creative work because I am capable and ready,” she says.

After over three decades in showbiz, she remains a solid entertainer whose craft can’t be denied.

“You will always remain relevant as an artist if you let your work speak for you. I made it a point to give the character I play on Skeem Saam life and a relatable interpretation, even though my Sepedi was not that good. You will always be remembered for the show you put on,” she says.