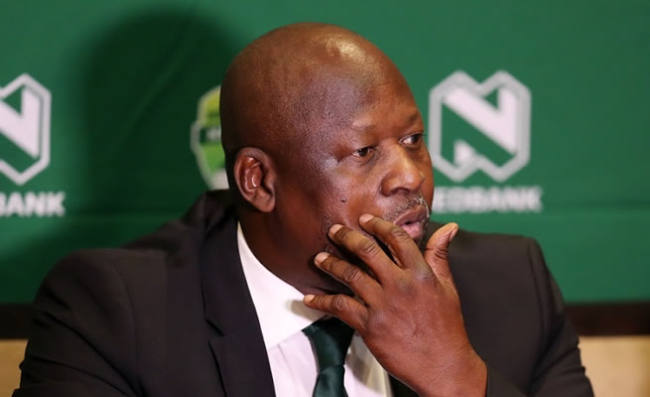 FROM THE outside it’s just a quiet plot in a remote suburb.

It has a house and a barn, and dogs run around in the yard.

But yesterday the plot was filled with cars, detectives and men and women in blue.

The plot, which is said to belong to prominent soccer commentator and former Kaizer Chiefs legend Mike “Sporo” Mangena, is allegedly used as a factory to manufacture drugs, probably Mandrax.

But this is no ordinary drug lab!

When the police pounced on the plot in Hillside, Randfontein, they discovered drugs with an estimated street value of about R50 million. While cops were combing the scene, a white bakkie arrived driven by the owner of the plot, the well-known soccer star.

According to sources, when police raided the plot the star was not on the property.

“He was called and came to the plot. Then he was taken to the police station in a cop van,” said the source.

Three suspects who were found on the premises were arrested.

According to sources, chemicals believed to be used in the manufacture of Mandrax were found in buckets and washing dishes. A forensic team conducted investigations on the scene and the drugs and machinery were confiscated.

Asked about the profession of the owner of the plot, Dlamini said: “I can’t comment further on the matter relating to the suspects.”

Dlamini said cops from the crime intelligence unit had been observing activities at the plot for some time.

“Our cops were later convinced that there was a drug lab inside the plot, so they decided to raid,” he said.

Late yesterday cops confirmed that Mangena had been arrested along with the three other suspects.