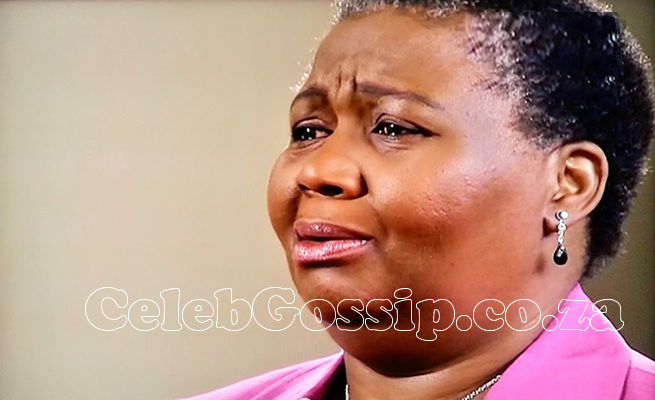 AFTER 16 years of watching Ma-Agnes on SABC 3’s soapie, Isidingo, viewers got a chance to experience veteran actress and producer Keketso Semoko (54) differently on screen. It was the first time since her deliberate exit from the soapie that she re-appeared on SABC1’s Her supporting role sparks a robust conversation, zooming in on unjust killings of people with albinism. As a signature trait of hers, she tells this story in a believable and truthful way.

The killings of people living with albinism continue to plague society. Often, they are killed and their body parts are used for rituals. When asked to play the role of MaGwala on Uzalo, Keketso gladly agreed. MaGwala is a woman who puts her family before her own needs. Even though she fiercely tries to protect her son and granddaughter who are living with albinism, her son ends being killed and mutilated.

Keketso says, “My approach was to tell a good story of humanity and the role of people who are different in appearance yet the same as us. Humanity demands that we look after each other and display love for others.”

She says the killing of people living with albinism is barbaric. “It’s cruel, it’s criminal and unChristian,” she says.

The actress radiates maturity and she has kept a clean record that's free of drama, scandals and bad publicity over the years. Speaking on her clean reputation, Keketso, whose other name is Grace, says, “I am grateful for this aura and the centredness I radiate. We were brought up in a certain way – we were never taught to be pompous. I am not hooked to the things that don’t have meaning. My drive is not based on material things. I am all about being wellgrounded.”

When Keketso is not working, she enjoys playing with her grandchildren. Although not from her own children, as she has no children of her own, she very much regards them as hers. In an interview on Real Talk a year ago, she opened up about being the only one among her siblings who is not married but that it is something she accepts as she was not blessed with marriage. “Marriage was just not my blessing,” the 54-year-old virgin says.

Keketso off-screen is a thinker, traveller, a free spirit and a lover of life. “When I die, I don’t want to die with music that was never played inside of me,” she says.

The love of her craft led Keketso to playing a character of MaAgnes on Isidingo who is adored by many women in Mzansi – a role that she played so meticulously.

“The truth is I honoured that woman. I played her in the most honest way possible,” says the talented actress.

When she decided to walk away from that role in 2014, nothing was left unsaid or undone. When she turned 50, it was simply time to move on. After over 15 years of being Aggie, there were no butterflies anymore and this had definitely become conflicting to her nature as a person who lives her life meaningfully.