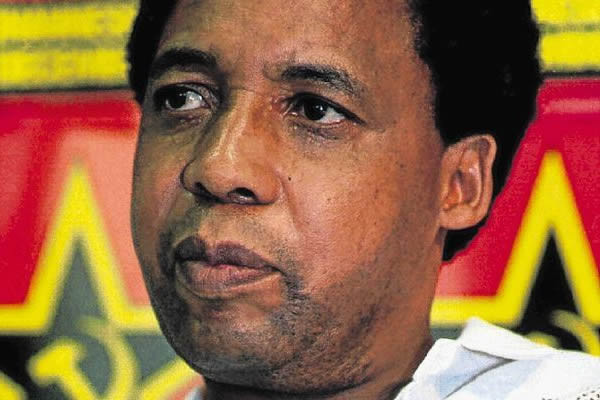 Convicted murderer Janusz Walus is a risk factor who requires a security assessment report before being released on parole.

This is contained in a responding affidavit by Justice Minister Michael Masutha who reiterated his stance that Walus cannot be released on parole.

Walus was sentenced to life imprisonment in 1993 for the assassination of SACP leader Chris Hani and he has gone to court once again fighting that he be released on parole.

In the affidavit which Sowetan has obtained, Masutha stated that Walus killed Hani due to his anti-communist views alluding that if he was to be released he may still assassinate other SACP leaders.

Hani’s family and the SACP are against him being released and have argued that Walus has not told the whole truth on why he killed Hani or who instructed him to do so.

This is what EFF leader Julius Malema told his supporters yesterday in Coligny, North W est, where he had gone to thank them for winning some wards during the recent by-elections.

“We do not want a drop of blood. We don’t want them to kill you, we want you to take over the government with a vote,” he said.

Malema said the motion of no confidence the EFF tabled in the provincial legislature was to be used to remove Mahumapelo.

The legislature is yet to debate the motion but the EFF wants it to be carried out through a secret ballot.

“There won’t be looted shops, nothing happens. It’s a peaceful thing introduced in our constitution by Nelson Mandela and them but they are refusing to use that method,” Malema said.

The EFF has a strong support of the SACP,” Masutha said in his affidavit.

Walus asked the court to review Masutha’s decision to refuse his parole application in November.

The Polish immigrant was sentenced along with rightwing politician Clive DerbyLewis. Derby-Lewis, who was diagnosed with stage four cancer‚ died in November 2016.

One of Masutha’s underlying reasons for the denial of parole was that Walus previously gave an inconsistent version of events.

“The inconsistencies in the applicant’s account of the circumstances under which the crime was committed which cast doubt on the sincerity of his apology to Mrs Hani and the level of the remorse in his part.

“…It is respectfully submitted that my decision not to place the applicant on parole was rationally connected to the information before me and the negative factors militating against placement on parole.” in Bojanala district with five wards in Rustenburg and one in Madibeng.

The Coligny one takes the overall number of wards to seven and 134 councillors in the province.

Malema said if the people who wanted to remove Mahumapelo were genuine, they would do it peacefully.

“Supra is nothing, we can remove him today and nothing will happen tomorrow. If he doubts he must ask Jacob Zuma. We took him out [in] daylight and nothing has changed. They are waiting for a black society to burn and get killed for something that can be resolved peacefully.”

Malema said Mahumapelo belonged in jail. “We have no sympathy for Supra. He is a

Masutha turned down Walus’s application for parole in April 2015 and again in November 2017.

This time around, he has also asked the court to dismiss Walus’s application with costs, including that of two counsel.

Masutha further points out that Walus only sent an apology to the Hani family 20 years after the assassination.

Walus is serving time in the Kgosi Mampuru II Prison in Pretoria.