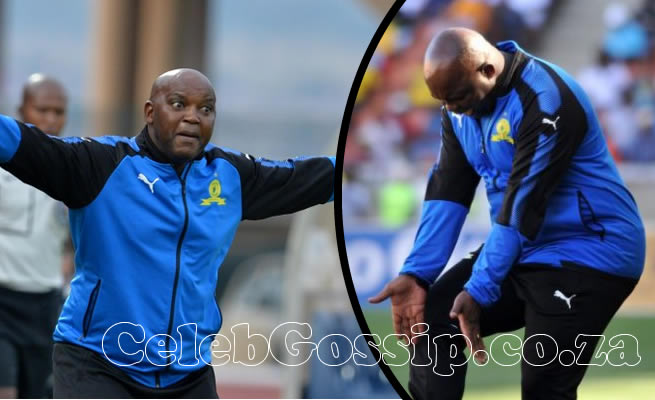 Pitso Mosimane has agreed to help out at Kaizer Chiefs! This, after reaching an agreement on personal terms with Amakhosi.

Mosimane, who was last year fined R281,000 by Al Ahly president for losing a football match has entered into a personal agreement with Amakhosi.

“Chiefs and Pitso have developed a good working relationship and he committed himself to helping them out in any way they need,” a relevant source on Phakaaati confirmed.


He is committed to helping Amakhosi out and has just started by advising them on his own former right-hand man.

Chiefs are looking at adding one more member to their technical team and this man is linked to Mosimane and is widely trusted and respected by Jingles.

He left Al Ahly back in May, at the same time that Jingles decided to part ways with the Egyptian giants. Musi is trusted by Mosimane, a former Sundowns coach, and he is now linked with a move to Amakhosi where he will join the likes of Arthur Zwane and Dillon Sheppard at Naturena.

“That is why it was not a surprise to hear that Chiefs are talking to Matlaba who is Pitso’s right hand man. He will definitely be a good addition to the club’s technical team,” said a relevant source on the same publication.

Kaizer and Bobby Motaung have a clear vision to return Amakhosi back to their glory days. This man may be the final piece to the technical management puzzle at Naturena. Now, its up to management to finalise their squad ahead. These are the THREE players Amakhosi could still sign.

Itumeleng Khune is also another candidate after having gone through a Fifa accredited goalkeeper coaching course during the off-season break.

Rumours, however, suggest that Khune will be made Mathibe’s assistant and become a player-coach.

There is a lot of expectation and pressure on Zwane and his technical team to change things around at Chiefs.

It has been seven years since the club had any form of cup success and Zwane will not have enough time to readjust the team.