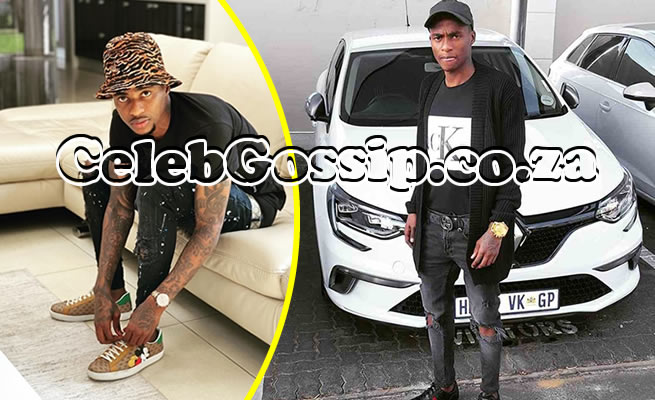 Thembinkosi Lorch who plays for Orlando Pirates is among the most skilled football players of our time who makes his fans glued to the pitch when he is doing his magic.

As one of the elite football players in the country, Thembinkosi Lorch is paid well for his skill and in turn he knows how to spend his big money living lavishly as he is supposed to.

Here is a look at Thembinkosi Lorch’s cars, a quick look at his luxurious house and how he affords his lavish lifestyle. One of Thembinkosi Lorch’s cars is a Jeep Grand Cherokee 3.6L which is worth around R1.1 million. This monster on wheels boasts excellent off-roading capabilities and is a comfortable ride. It runs on a 3.6L V6 engine that makes 295 horsepower at 260 lb.-ft torque.

The powerful car also has nice interiors that make it among the best luxury jeeps in the world. It is unclear when exactly when this Thembinkosi Lorch’s car was bought but the footballer sure loves it and he likes stepping out in it. Although it has never been pictured, it is believed that a red Volkswagen Golf GTI was once one of Thembinkosi Lorch’s cars, which according to sources he ditched it for the Jeep grand Cherokee. The Volkswagen Golf GTI is known for its stylish exterior design and interior appearance which complements its high performance capabilities.

It runs on a 2.0L 4-cylinder turbocharged engine that makes 241 horsepower and 273 pound-feet of torque. It also has an 8-speed automatic transmission and offers smooth gear changes making it the ultimate fun drive. The estimated price of this beautiful German machine in South Africa is R 700, 000.

DID THEMBINKOSI LORCH BUY A LAMBORGHINI?

According to unconfirmed reports, the Bafana Bafana star bought a Lamborghini, but not for himself. He reportedly purchased the luxury car for his father in 2019. The Lamborghini is one of the priciest and high-performance luxury cars and owning one is a symbol of making it in life. Alongside his cars, Thembinkosi Lorch also lives in a beautiful, fully furnished, modern house located somewhere in the leafy suburbs of Johannesburg.The multi-million rand house reportedly sits on a spacious compound with a giant swimming pool and a garage that is big enough for Thembinkosi Lorch’s cars.

It is not clear when the talented footballer purchased his home or exactly how much he spent on it, but from the limited photos we have seen of the interior of the house, we must say that it is a dream house indeed.

From his seemingly lavish lifestyle, you might be wondering exactly how much Thembinkosi Lorch is worth. The Orlando Pirates left winger’s net worth is currently estimated at R15 million.

He is among the highest-paid players in the club and he reportedly takes home an impressive salary of R165,000 every month or R1.98 million annually.