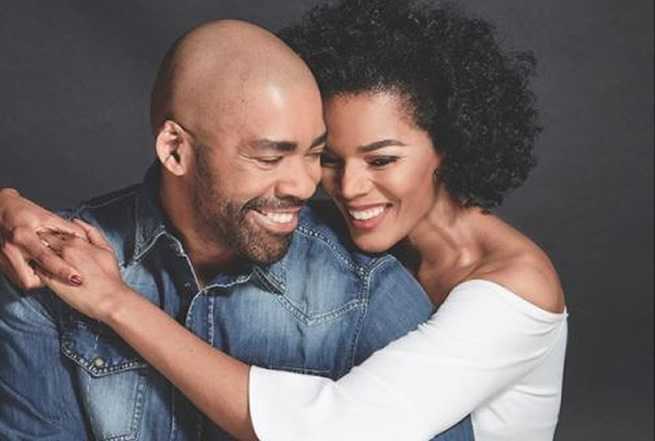 “I’m struggling to process everything that’s going on! It all just feels like a horrible nightmare that I can’t wake up from! I feel like I’m living in a twilight zone! I keep asking God why? Why Lord? Please help me understand!” These were Connie's words as she mourns her husband.

When Mzansi heard the shocking news that media mogul Shona Ferguson had died on Friday, most said they couldn't imagine what his wife Connie was going through.

Shona died on Friday afternoon at the Milpark private hospital in Johannesburg from Covid-19-related complications.

Connie revealed that since Shona died, she's been reeling — filled with questions of “why?”

Connie also revealed that as she struggles to deal with her husband's death, July 31 was also the anniversary of the first time she met Shona, in 2001.

“This day, 20 years ago (31 July 2001), was the day God brought you into my life, and we haven’t looked back since! Ours is a once in a lifetime kind of love. We joked about how we were going to be in our old age. How we would take turns supporting each other and being strong for each other. The irony is we have already been doing that for the past 20 years! Oh how God has loved me to give me you! We were already planning our 20th wedding anniversary in November, assuming that we had time. You and I were joined at the hip, now I feel completely off balance, incomplete, without my other half! My soul mate,” Connie said

Fellow thespian Sello Maake Ka-Ncube who acted alongside Ferguson in a number of productions, including Mzansi Magic drama The Queen, expressed his condolences to fellow actress Connie, Ferguson’s widow.

“My sister, I literally feel your pain. I have no words I can say which will soothe the grief you’re feeling. Only the hand of life can carry you through this one,” he wrote.