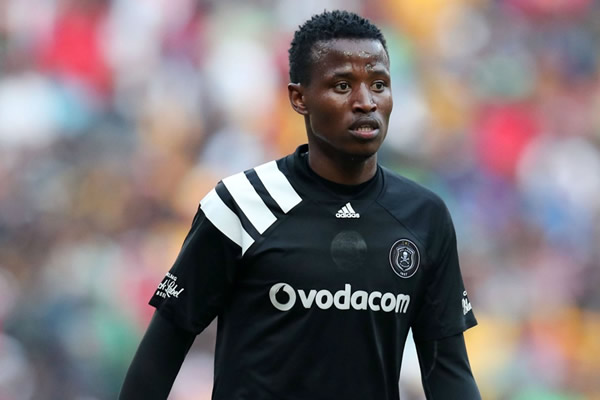 Orlando Pirates midfielder Thamsanqa Sangweni did not shoot much on the field of play this season but allegedly managed to shoot his way to the police cells last week Sunday.

Sangweni, 29, was busted and cuffed by security guards allegedly for shooting randomly at The Core Shopping Centre in Sunninghill, north of Joburg.

The Pirates player allegedly shot seven times with his 9mm gun before being apprehended by the guards and later handed over to police.

Sangweni, whose elder brother Siyabonga also played for Pirates before he retired, spent several hours in the slammer before being released on bail.

Sandton police spokesman Granville Meyer said: "I can confirm that a case of discharging a firearm in a municipal area was opened against the suspect.

"The date of his court appearance is unknown."

The officer who arrested him indicated that the soccer player was in possession of his firearm licence at the time of the incident and it was confiscated. One of the officers who also responded to the incident – after being alerted of a shooting at the shopping centre – said they rushed to the scene thinking that it was a robbery.

"When we arrived he was already cuffed by the guards because they said he was refusing to cooperate with them," said the officer, who asked not be named.

Pirates administrator Floyd Mbhele said he could not comment as the player was on recess.