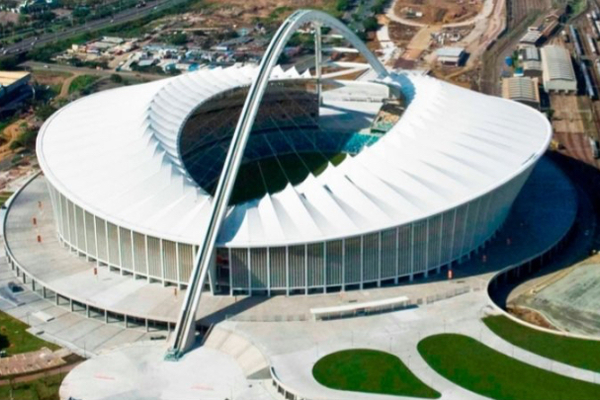 The 2019 COSAFA Cup will be staged in Durban as the Southern Africa-based side’s look to use the competition in order to prepare for the Africa Cup of Nations tournament in Egypt in June.

The 14-team competition, which will also see Afcon-bound sides like South Africa, Namibia, Angola, Zimbabwe and Madagascar take part, will run May 25-June 8.

Matches early in the competition will be played at the King Zwelithini Stadium in Umlazi and Princess Magogo Stadium in KwaMashu, while the Sugar Ray Xulu and Chatsworth Stadiums will accommodate teams for training purposes.

The majestic Moses Mabhida Stadium will play host to the semi-finals and final matches of the competition.

Zimbabwe will be looking to defend their title once again after beating Zambia 4-2 in Polokwane last year to record their sixth title.