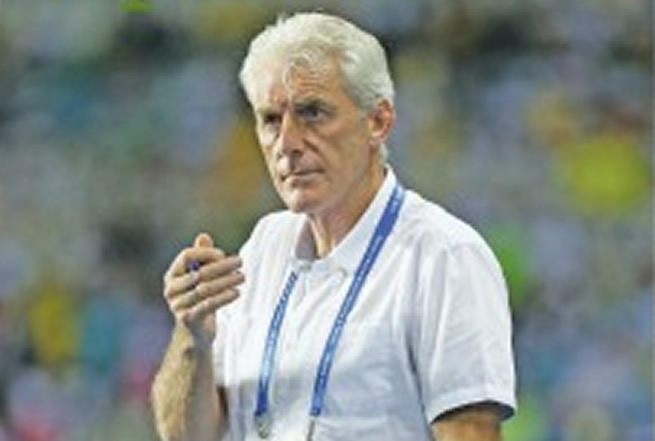 Belgian mentor has been named as his country’s Manager-of-the-Year on four occasions.

When Hugo Broos was appointed Bafana Bafana coach on Wednesday, he immediately talked about South Africa’s defensive issues in their failed qualification campaign for next year’s Africa Cup of Nations.

An instinct to need to tighten up at the back is hardly surprising for a man who made well over 500 appearances as a defender in Belgian club football in the 1970s and 1980s, as well as representing Belgium over 20 times, including being a part of the side that finished fourth at the 1986 Fifa World Cup in Mexico.

Broos was just 18 when he was scouted by Belgian giants Anderlecht, where he won a host of trophies between 1970 and 1983, including two European Cup Winners Cups, two European Super Cups, and three Belgian league titles.

In 1983, Broos was snapped up by Anderlecht’s rivals Club Brugge, with whom he added one more Belgian league title, in the 1987/88 season, retiring in the same year.

Broos immediately went into management, cutting his teeth at lower division Belgian side R.W.D Molenbeek, before taking over at Brugge in 1991, with whom he won another two league titles.

His coaching career in Belgium also saw him take the reins at Excelsior Mouscron, Anderlecht and KRC Genk, where the late Anele Ngcongca played under Broos’ management.

In 2008, Broos’ coaching career took him overseas, first to Panserraikos in Greece, and then to Trabzonspor in Turkey, while his first job in Africa came at Algerian side JS Kabylie in 2014, though that didn’t last long, as he left citing fears for his safety.

His main contribution on this continent, and perhaps in his career, came with the Cameroon national team, who Broos guided to a surprise Africa Cup of Nations triumph in Gabon in 2017.

A young Cameroon side, shorn of star names, upset the odds to go unbeaten through the tournament, striker Vincent Aboubakar netting the winner in the final against Egypt just two minutes from full time.

Broos stayed on to try and guide Cameroon to the 2018 Fifa World Cup in Russia, but that did not go so well.

The Indomitable Lions were in a very tough group, with Nigeria, Algeria and Zambia, and while they only lost once – a 4-0 humiliation in Nigeria – they also only won once, ultimately finishing third in the group,

Cameroon sacked Broos, and his latest jobs were at Belgian side Oostende, first as a sports director, and then as a caretaker coach, but he was out of a job when Safa came calling.