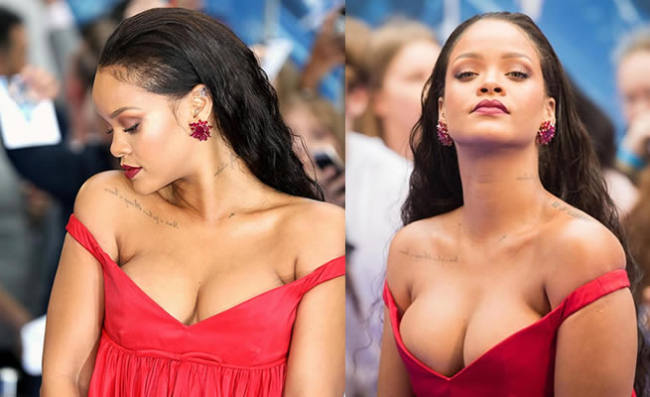 A video of her performing at her 2019 Diamond Ball charity gala has her fans convinced that she is.

“Is Rihanna pregnant?” was the question heard around the world on Friday morning after a short social media clip from an Instagram story taken during her 2019 Diamond Ball charity gala was widely shared across various social media platforms.

In the video, Rihanna can be seen wearing a velvet Givenchy Fall 2019 couture gown as she performs the smash hit Lemon alongside Pharell. But, it is when she turns sideways that a very noticeable bump on her belly becomes visible.

RIHANNA IS PREGNANT WHO WHAT WHERE WHEN pic.twitter.com/qBTWDwDiCW

Fans’ suspicions were further compounded by the fact that Rihanna has been posing with her hand over her stomach this week.

Their suspicion was further increased by a certain line in her interview with US publication Essence Magazine.

The star has been dating hunky Saudi billionaire Hassan Jameel for the last few years.