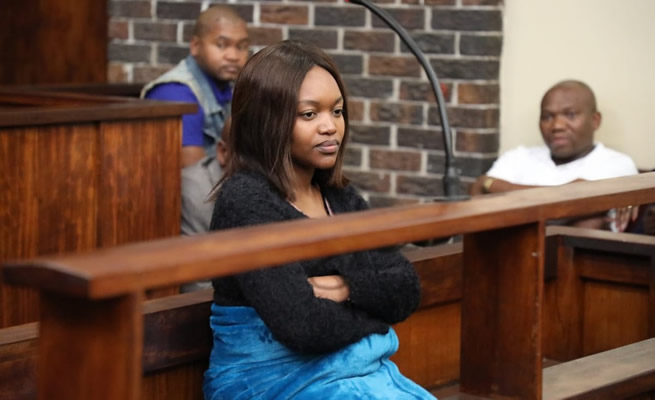 The bail application of a 26-year-old woman accused of stabbing and killing her husband was postponed by the Witbank Magistrate's Court in Mpumalanga after her address was handed over to the wrong investigating officer.

Itumeleng Makhalemele-Maseko, who stands accused of killing her husband Caswell Maseko, 30, made her second court appearance on Thursday but the formal bail application was postponed to Friday.

Makhalemele-Maseko walked into the packed courtroom with a blue blanket wrapped around her waist. During proceeding she sat quietly with her arms folded.

"The state agrees to afford the IO more time to verify the address," Mavundla said.

Magistrate Daleen Venter explained to Makhalemele-Maseko that the case is remanded to Friday while she remains in custody.

She allegedly killed her husband, who is the father of their two children, at their home in Emalahleni over a week ago.

It is alleged that the couple had a heated argument before Maseko was killed.

Maseko, a businessman who was known for his lavish lifestyle, was buried last Saturday.

Sowetan reported that members of his social club called the Mesh Kings showed up in luxury rides and splurged on expensive liquor during an after tears party in honour of his memory.

Last week Wednesday, Makhalemele-Maseko made a brief court appearance following her arrest two days before and the case was postponed to September 13.

According to police, she was arrested after her lawyer handed her in at the Witbank police station.

She allegedly fled the scene after stabbing Maseko and her car was found somewhere around Pretoria in Gauteng before she was arrested.