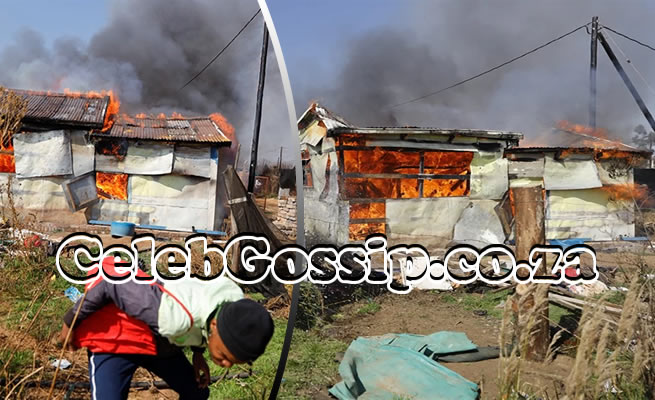 A former police boss, who was at the scene of a protest that turned violent when Kagiso residents allegedly assaulted 19 foreigners, claims the victims were found to be in South Africa illegally.

Residents took to the streets on Thursday to protest against alleged illegal miners.

Former acting Gauteng police commissioner Major-General Tommy Mthombeni claimed the people who were assaulted had been found to be foreigners illegally living and working in South Africa.

"There was an incident where the community happened to surround some of the people and we managed to come in with our specialised units and in the process, we managed to rescue 19 people.

"We took them to the police station; we processed them and we found that those people are illegal foreigners," Mthombeni said.

He added they had also received complaints from residents that the police had used teargas to disperse them.

"We told the community that we need to work together so that we can deal with the problem in Kagiso."

Mthombeni denied claims the police have failed to tackle crime in the Kagiso, saying they had previously carried out several operations to deal with the illegal mining issue.

"If you can look on the ground and the plan that we have put [in place] and executed accordingly, you will realise that we are here for the community. Even the people, who are arrested today, are through the efforts of the police."

Meanwhile, the body of an unknown man was found in a field in Chamdor, Kagiso, on Thursday morning.

"The motive and cause of death will form part of the investigation," Kweza added.

The body was discovered during ongoing protests in Kagiso where residents rounded up alleged illegal miners on Thursday and embarked on a total shutdown of the suburb.

This followed the gang rape of eight women in Krugersdorp.

Residents barricaded roads and pelted the police with rocks and bottles. The police retaliated with rubber bullets.

West Rand police commissioner Major-General Fred Kekana called for calm but that did not stop residents from going door to door looking for alleged illegal miners.

The News24 team at the scene witnessed residents dragging a suspected illegal miner out of his shack.

"We want to talk to him. We won't hurt him. They must lend him to us for two minutes. He must tell us where his fellow illegal workers are," a resident shouted as the man pleaded for mercy.

Residents went around the mine dumps looking for illegal miners living there. They disconnected electricity cables connected to machinery used by the illegal miners.

It was found the power was supplied by neighbouring houses.

Residents uncovered four places where alleged illegal miners were operating from and confiscated their equipment.

They also dismantled a shack believed to belong to alleged illegal miners.

The landlord had initially denied renting out her yard to zama zamas.

Residents were led to shacks by electricity cables where they found mining equipment.

Some residents urged the crowd to refrain from assaulting the suspected zama zamas.

"Please let's stop assaulting, especially the young ones," one said.

The man was released but only after residents torched his shack.

Earlier in the day, about 50 suspected illegal miners were rounded up by residents who, armed with an assortment of weapons, spent the morning combing mine dumps. The residents appeared unfazed by the police presence.

Another group of suspected illegal miners was also stripped of their clothes and whipped.

"We want to teach them a lesson," said a woman who identified herself as Tshepiso. "They have been raping and robbing us for too long. Our police officers are not doing enough to arrest them. We are hunting for them."

Kagiso resident Tiisetso Phadi said protesters had closed a hole in a mine dump after four men escaped into it.

"We don't want to see them again. They must move from our township. We are conducting our own operation," he added.

Beyers van Staden from the National Crime Assist security company said he and his colleagues from various other companies had decided to join the Kagiso residents in their "operation".

"Yesterday, we saw three of them carrying AK-47 rifles, calling our members to come closer. They are heavily armed. We are not scared anymore. I don't want to see a single life from this community lost," he added.