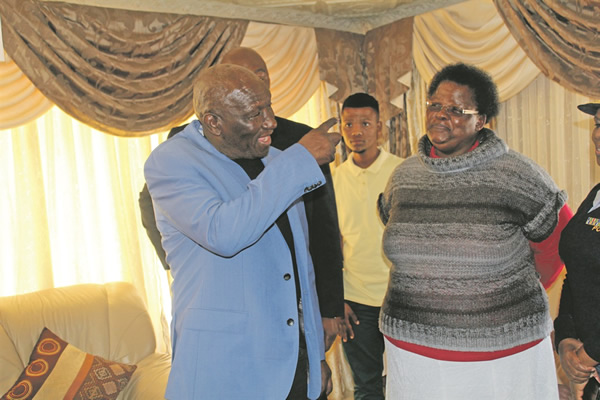 The Economic Freedom Fighters (EFF) have joined a chorus of calls calling for Minister of Police Bheki Cele to resign over his latest comments during a television interview.

Cele was talking about the mass gang rape that took place in an abandoned mine shaft in Krugersdorp last week as the country deals with an epidemic of gender-based violence (GBV), rape and murder cases ahead of Women’s Day on 9 August.

The minister appeared nonchalant in that interview as he described the gruesome details of the mass rape.

“The one 19-year-old was lucky, if it is lucky, that she was raped by one man,” said Cele.

The EFF says Cele’s insensitive, uncouth and revictimizing of the women is most unbefitting for a Minister of Police.

“This essentially further reinforces and perpetuates the idea that it is normal for women to be raped and that it should be expected.

“Cele is fundamentally normalising rape and lulling society to treat rape as a normal practice on women. This cannot be but a better demonstration that Cele is severely ill-equipped for the position of minister of police.”

The party says as a minister of a crucial department in the country, Cele’s first response and reaction to GBVF and other issues facing women must always be from a position of self-interrogation and introspection.

“Both men and women are products of patriarchal and misogynistic indoctrination.”

“It is therefore imperative that gender sensitivity training and conscientizing be undertaken determinedly, intentionally and vigorously applied to those who have agreed to the task of eradicating patriarchal systems and a culture that perpetuates all forms of violence against women, children and the LGBTQI community by men and the state,” the party added.

Earlier this week, Cele did not respond directly to calls for him to resign, except to say that crime in many parts of the country is caused by a number of issues, including high unemployment rates and poverty.

Cele conceded that police alone could not deal with violent crimes in South Africa.