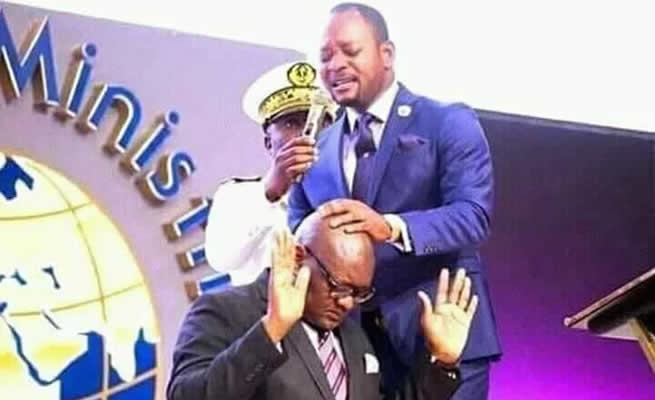 Gauteng premier David Makhura has revealed that he informed the party’s officials that he’s ready to leave office should the organisation ask him to do so.

The ANC provincial chairperson also charged that there was an orchestrated campaign to remove him from the Gauteng political scene.

Makhura informed the party’s top five officials that he would be presenting himself to the provincial integrity commission to answer questions on implications of his role in the unlawful awarding of personal protective equipment (PPE) contracts in the province.


All these details are contained in a statement issued by the premier yesterday afternoon.

The statement is in response to a Sunday World article that detailed how the premier was for the first time directly linked to alleged PPE corruption by an affidavit filed by former Gauteng health chief financial officer Kabelo Lehloenya in which it was said that he, former health MEC Bandile Masuku and former HOD Prof Mkhululi Lukhele provided the names of individuals and entities to be appointed to deliver and supply PPE materials.

In the statement, the premier said he has since discovered that the judgment by judge SP Mothle of the Special Tribunal Court was wrong in that Lehloenya had only referred to the Office of the Premier, and not the premier himself as an individual.

Makhura said he had asked the special investigating unit and had already received confirmation from advocate Andy Mothibi that the entity would investigate allegations contained in Lehloenya’s affidavit to establish the veracity of the allegations against him.

“It is quite apparent that the judge erred in substituting the ‘Office of the Premier’ with ‘the premier’. The Office of the Premier is a department composed of more than 350 employees. The judgment refers directly to the premier as one of the officials who provided the names of individuals and entities whose bids were received and awarded PPE contracts unlawfully.

This implies that I was directly implicated in the PPE procurement irregularities,” reads the statement.

Makhura said he had filed an application to the Special Tribunal Court to seek clarity on Mothle’s judgment, and said the judge had “indicated that a written separate judgment would be delivered in the coming week on my application for rectification”. In the same statement, Makhura said he believed that confusion in Lehloenya’s affidavit was deliberate and was intended to cast aspersions on his integrity.