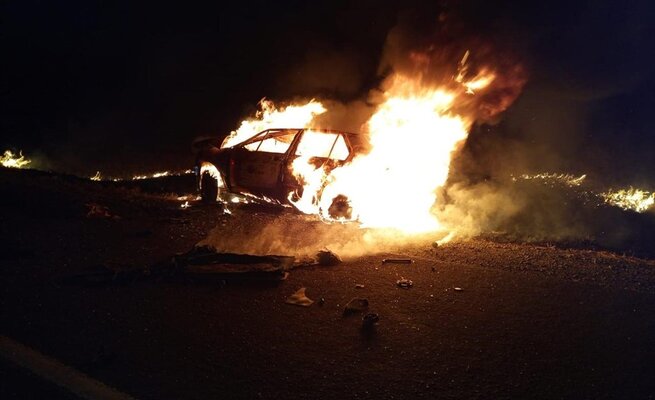 In a case of instant Karma, a driver and his passenger died after they collided with a truck on the N5 on Friday.

This was after the Volkswagen Golf 1 refilled fuel at the filling station in Winburg, and the driver allegedly sped off without paying.

He collided with a truck while joining the national road and their car burnt down, leaving the two of them dead. The truck overturned.

Free State traffic spokeswoman Hillary Mophethe said the incident happened at about 7am.

"It's alleged that the Volkswagen Golf 1 had just refilled fuel at the filling station and left without paying. That could be the reason they did not stop at the stop sign when joining the national road. They collided with a truck and the Golf caught fire and both occupants died. The truck driver sustained minor injuries and was rushed to the hospital in Winburg. We are not yet sure which company does the truck belong."

She said that the N5 road, about one kilometre outside Winburg, was closed.

She said a case of culpable homicide will be investigated.