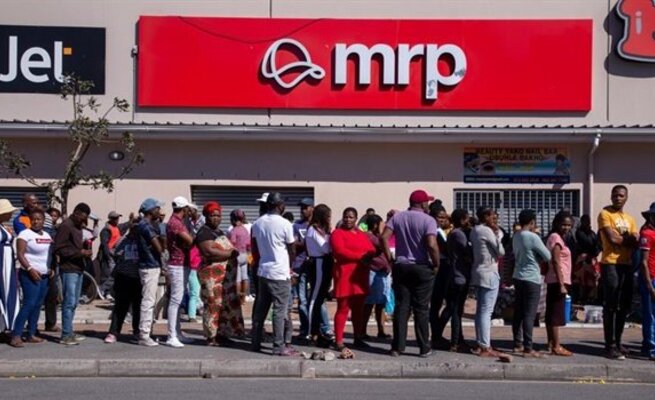 Eight days into the three-week lockdown, a significant number of South Africans are refusing to stay indoors, and risk contracting and spreading the deadly Covid-19 coronavirus in the process.

Not only will defying the government’s call to stay indoors defeat authorities’ brave efforts to arrest the spread of the virus, but it may also prompt officials in Pretoria to extend the lockdown beyond April 16.

Any extension of the lockdown will have devastating consequences on the economy, which is already on the edge of the precipice.

The 21-day lockdown which coincided with Moody’s Investor Service ratings agency’s decision a week ago to downgrade the country’s credit rating to below investment grade places the economy, which is already in recession, in incredible peril.

Two weeks ago City Press reported that Treasury predicts many businesses and individuals will go bankrupt as a result of Covid-19’s effects.

That was before Moody’s decision to downgrade the country’s credit rating to junk.

At that time, a businessman had also told me that the virus will in all likelihood kill more businesses than it will actually terminate people’s lives.
The scale of the havoc that Covid-19 and Moody’s downgrade will visit on South Africa’s economy is unprecedented.

Last week Black Business Council (BBC) president Sandile Zungu told me that as a result of Covid-19 and Moody’s downgrade, the country was now “facing an existential crisis and risked not being viable”.

Zungu was not exaggerating.

The scale of the havoc that Covid-19 and Moody’s downgrade will visit on South Africa’s economy is unprecedented.

This places a responsibility on all of us to act responsibly and stick to the lockdown’s regulations. With the exception of crackpots like Transport Minister Fikile Mbalula and Ekurhuleni Mayor Mzwandile Masina, this government’s handling of the outbreak has been up to par.

But like Mbalula and Masina, a significant number of South Africans don’t appreciate the gravity of the situation. They think this is a joke.

In Lyttelton, Centurion, many people visit food retailers every day, in open defiance of the lockdown’s regulations.

While the regulations make provision for citizens to visit retailers to buy essentials food items, visiting your local supermarket every day, often to buy non-essential goods, defeats the purpose of the lockdown.

By noon on Thursday I counted over 110 cars at the Highlands Shopping Centre in Lyttelton, Centurion.

Spar and quite a small Clicks outlet are the only retailers currently open in the centre.

A stone’s throw down the road, at Jean Crossing, was everyone really out to buy essential food items?

Earlier in the week there were no car guards in both centres. But they are back in full force.

Are they essential workers and are they not supposed to observe the lockdown?

Where are the police and the military to enforce the lockdown?

The N1 freeway, both South and North bound, was much busier than it was on Sunday afternoon.

I wished I could stop motorists on the freeway and ask them where they were going.

Maybe some of them harboured the same thoughts about my presence on the freeway during the lockdown.

I even saw homeless people begging in New Road in Midrand.
In the interest of everyone else and the economy, authorities should adopt a hardline attitude when it comes to policing the lockdown.

At the San Ridge shopping complex it was business at usual.

There I counted over 200 cars as well as shoppers pouring in and out of Pick n Pay and Woolworths Food.

Eventually I spotted a convoy of five Johannesburg Metro Police on the Old Pretoria Road North bound. They turned right into Olifantsfontein Road towards Tembisa.

The road was busy but they didn’t stop anyone to find out their reasons for not being indoors.

In alleys, byways and thoroughfares in Tembisa, Alexandra and in Pimville in Soweto people went by with their lives, unbothered by the lockdown and unfazed by a light drizzle and wintry temperatures below 15 degrees.

Claim Street in Hillbrow, from the bottom to the top, was also buzzing with activity, especially around retailers.

So was the Johannesburg Central Business District, especially the precincts around the MTN and Bree taxi ranks.

It is important to point out that the foot traffic is all these areas was probably much less than it would have been under normal circumstances.

But it is safe to conclude that a fair number of people had no justifiable reason to be out there, under the circumstances.

In the interest of everyone else and the economy, authorities should adopt a hardline attitude when it comes to policing the lockdown.

Citizens who refuse to comply should be rounded up and promptly thrown in jail.

It is equally fair to conclude that there are people who may have been emboldened to venture out following Mbalula’s well-documented theatrics with the taxi industry.

It is expected that authorities will tweak, configure and customise the regulations as may be necessary.

But Mbalula’s flip-flopping with the taxi industry amounts to playing Russian Roulette with people’s lives.

The decision to allow the taxi industry to function during the lockdown is itself questionable.

While transport is essential for the functioning of the economy, and the majority of South Africans workers depend on taxis, it is debatable whether the entire industry should be allowed to operate when the economy is partly functional.

Lastly, considering the dynamics in places like Alexandra and other informal settlements, the government may have to review the regulations as far as allowing people to go to retailers to buy food is concerned.

For obvious reasons, people who live in informal settlements may be difficult to trace.

As such, it is imperative that further transmission of the virus in places like Alexandra is kept in check.

The government may want to consider distributing free food to such places and enforce a total shutdown.

It will be agonising and distressful but it is a necessary step aimed at preventing an uncontrollable outbreak, which is increasingly looking inevitable.

Countries like Rwanda and Nigeria have implemented a total shutdown in certain communities and opted to distribute free food in order to prevent outbreaks which will be close to impossible to handle.

This will raise questions about different sets of regulations for poor and middleclass households.

But South Africa is already a society divided along class lines, with glaring inequalities.

There is no room for politicking and everything that could possibly be done, during the small available window period, to prevent an outbreak like the one seen in countries like Italy, Spain and the US should be done now.