Home General News PAINFUL: My mother conceived me after she was r_aped, I became a... 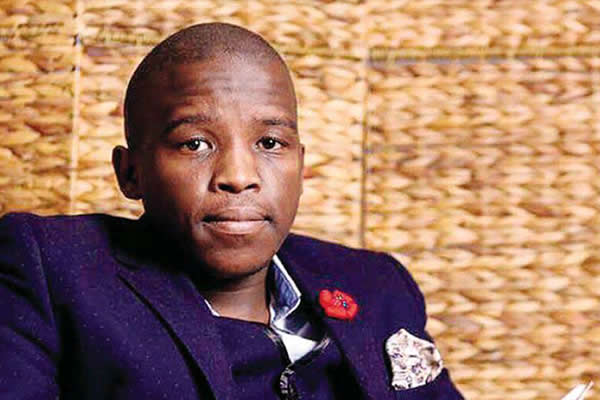 SCELO Mncube (26), spent most of his life trying to figure out why his childhood was marred by hardship and intense struggle. After years of being homeless, his world spiralled out of control after he found a letter from his late mother that revealed that his mother had been raped and this is how he came to be born.

The eldest of three children, Scelo was raised by his late single mother and grandmother in Ntuzuma, KwaZulu-Natal. He says he used to get the worst beatings, not for what he did, but for what his siblings did.

“My mother was very strict. A day would not go by without me getting a beating. I didn’t understand why I had to be beaten up so much by my own mother,” he says.

In 2006, he and his siblings were left with their aunt when their mother got really sick. His grandmother had passed on years before this, a defining time in his life.

“I was supposed to start high school, but my mom died before I could,” he says. His siblings’ fathers were fortunately still alive, so they were taken in by the families. After my mother's funeral, a man who used to frequent where I thought was my mom’s house told us that we needed to move out. My siblings had somewhere to go, but I had no one,” he says.

Scelo, who was only 14 at the time, went to live with his aunt and her family. “Not long after staying with them, they told me they were moving to the Eastern Cape, but I could not come with them. I was left in their house alone, but soon after, a man came and told me that I had to move out because he had bought the house. When I called my aunt, she said they were not coming back for me,” says Scelo.

Scelo says as there was no one to help him, he decided to sleep at the nearest filling station. He dropped out of school in 2006 and started roaming the streets with his friends during the day and returned to the filling station in the evenings to sleep.

“He parked the taxi around 9pm and picked it up around 4am. This meant I had to wake up early and get ready in the toilet of the filling station.” This routine happened for over six months until one day Scelo heard people singing in a house he was passing as he was roaming the streets.

“I went into the house and there were people auditioning to be part of a choir. I acted like I was there to also audition, but in fact, I wanted a place to sleep,” he says.

He told them about his struggles. It became pretty obvious that he could not sing, but he was taken in for only a few months until the homeowner also had to move.

Scelo went back to living on the streets, but he had become part of the choir, so he continued to perform with them. One day, after performing at a local church, the pastor called people to the altar to share their testimonies and something urged him to go share his story.

“I shared my story and I was taken in to live in the church in 2009 while I was in Grade 11, but I failed. The agreement was that I should find another place to live as soon as I completed matric.”

While in matric in 2011, his school principal told him that he had not paid school fees since he started high school and that Scelo needed to bring documents proving that he indeed was an orphan.

“I asked my aunt for these documents and she gave me a suitcase with important documents belonging to my late mother. When I opened it, a brown envelope fell to the ground. I started crying because I recognised my mom’s handwriting,” he says.

When he read the letter, he found out that she was raped and this left him in a mess. His efforts to show his aunt the letter were even shocking.

“She tore the letter and swore at me saying I was lying and made the story up. I was so angry and bitter,” he explains.

Scelo started thinking about all the hardships he endured as a child. Finding out that he was the product of rape broke him and left him in a state of severe depression. “I tried killing myself twice. I threw myself in front of a moving car, but didn’t succeed. I just got hurt, but it was not bad. I later overdosed on pills, but still didn’t die,” he says.

After he passed matric, he was back in the streets. The taxi driver who let him sleep in his taxi told Scelo that Ukhozi FM was looking for motivational speakers and he believed Scelo’s story was motivational.

“I tried my luck and went to audition and I was chosen out of 900 people. The exposure on radio exposed me to a lot of people, one of them being the late gospel singer, Sfiso Ncwane. He gave me my first gig and I used all of the money to pay rent for months.”

Today, he has turned his life around. His painful life has not determined the life he is living. He has a story to tell and is doing so in his book titled, I was Raped and You Were Born. Not only had he turned this book into a testimony, he has also used it to heal, inspire and motivate other people to never let their pain destroy them.

“There will always be challenges in life, but I’m glad that I am where I am. I now have a roof over my head and a life full of opportunities that are awaiting me,” he adds.