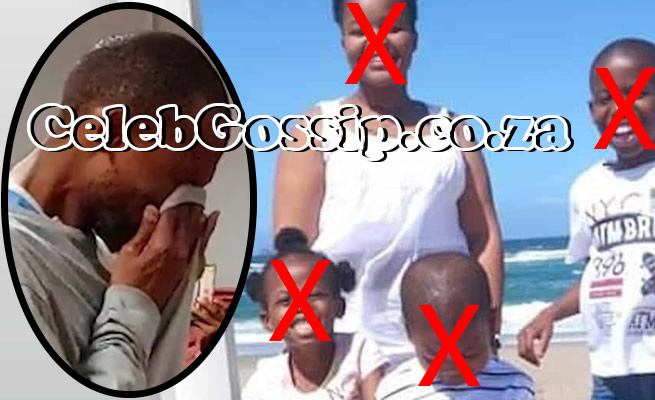 The KwaZulu-Natal High Court in Pietermaritzburg has sentenced Sibusiso Mpungose to four life terms for the murder of his children.

The man's children aged 4, 6, and 10 were found hanged in their family home in early September. His 16-year-old stepdaughter was found strangled and the bush in Padfield Park in Pinetown.

Judge Sharmaine Balton in handing down the sentence to Sibusiso Mpungose in the Pietermaritzburg High Court on Wednesday said his actions were "horrendous" and "inhumane".

Judge Sharmaine Balton quotes part of Mpungose’s testimony in handing down sentence. This is part of the description of what he did on the day of the murders. #WyebankMurders pic.twitter.com/bub885bbf4

The court has that Mpungose killed his children to spite his wife after an argument.

Judge Balton described Mpungose's actions as callous given the fact that his wife denied allegations of infidelity when he confronted her.

The judge said that she wanted to send a strong sentence to people like Mpungose before delivering his sentence.

Mpungose, 44, pleaded guilty in October to hanging his children aged 4, 6, and 10 at their family home in Wyebank on September 3.

In his guilty plea, he said he had been experiencing problems with his wife and she wanted a divorce. He said this left him devastated and he decided to kill himself and his children.

On Wednesday, Balton said the post-mortem results of the deceased children painted a "gruesome picture of the resultant injuries of the strangulations".

"One can only imagine what must have gone through the minds of these vulnerable children when you committed these heinous crimes. They loved and trusted you as their father," she said.

Balton said that his wife had testified that he had played an active role in their upbringing and education.

"These innocent children would have no reason to expect anything untoward when you picked them up from school. You did these horrendous acts to spite your wife because you suspected she was having an extra-marital affair and you could not accept her denial of your suspicions and the fact that she regarded the marriage as over as you had both drifted apart.

"You instead used the children and pawn in this feud with your wife. This is inhumane and exceptionally aggravating against you especially as they were your children, three of whom were your own flesh and blood. There are no words to adequately describe your actions," she said.