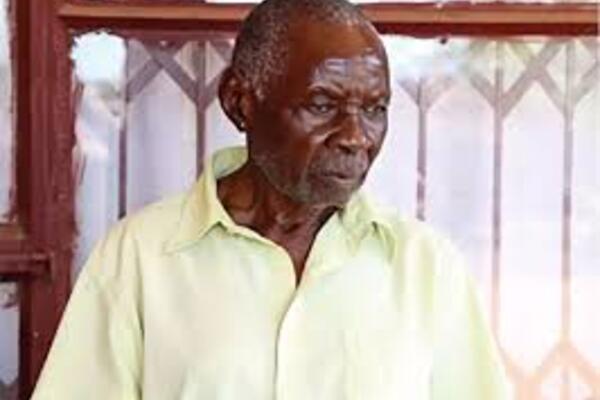 Mkhatshane George Manganyi was overjoyed when he won a R6m Lotto jackpot in 2006 but his dreams of building a mansion for his wife Maria and their family were all put on hold after his son stole his millions.

In an interview with Drum, 85-year-old Manganyi said the millions destroyed their family.

"We have no peace. None of my children get along and one of my sons was shot dead. I have nothing to show for the money I won."

One of the couple's sons, ex-cop Mzamani Manganyi, was convicted in connection with the disappearance of the cash which he claimed his murdered brother, Samuel, had stolen.

According to the Sowetan, he was sentenced in the Palm Ridge Magistrate's Court to 15 years in jail after he was found guilty of robbing his father of R2m.

Speaking to DRUM, Manganyi admitted that he was not happy that his son was in jail.

"No one wants to see their own flesh and blood in jail. He will probably still be behind bars one day when I die," he said.

"I hope to live long enough to see him come out and just apologise for his wrongs," Manganyi said.

"The court proved that I was not crazy".

While Manganyi was pleased that the law had taken its course and justice was served, he said he hoped that his son would forgive himself.

"He stole the money. I am left without a cent. I just hope he forgives himself and asks God for forgiveness."