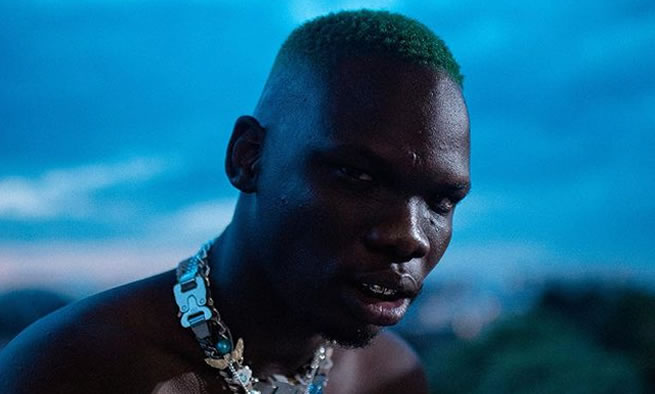 Rapper Blxckie has been given top honours at the annual MTV Base Hottest MCs. He took the coveted number one seat in Mzansi when he was crowned for the number one spot, meaning he met the criteria set out by the judges.

He said he was always inspired by the list to work even harder.

“It really feels amazing. It has always been something I was looking forward to. Would watch it every year and be inspired. It’s even crazier that it's my first time being on the list.”

Blxckie said he worked hard this year and even harder to get to a place where people recognise him enough to just have a listen to what he is doing.

He took to Instagram to thank his fans for their support and for the growth in numbers on his YouTube channel.

“The hottest, the greatest. More than 100,000 subscribers on YouTub. Kamnandi nje in a little less than a year and we just getting started. Thank you for watching, thank you for believing. ak’vele kuny*we kakhulu-ke manje.”

There have been 10 rappers who have made it for the cut of the hottest MCs in Mzansi.

Blxckie, Big Zulu, Nasty C, A-Reece and 25K make the up the first half of the list and K.O & Riky Rick, Costa Titch, Lucas Raps, Priddy Ugly and Dee Koala complete the top 10.

The 22-year-old released his debut album B4Now earlier in the year after the success of his YeX4 featuring Nasty C and Big Time Shlappa featuring Lucas Raps.

He has since been on different features and collaborations. We've seen him make guest appearances on songs from Young Stunna, The Big Hash, Priddy Ugly, Una Rams, Tshego, Oxlade and, more recently, globetrotting Nigerian star Ckay.

When the show aired on MTV Base late on Friday afternoon, the Durban rapper was awarded top spot on the list that typically causes a stir on social media every year. He said he was ready for it.

“I won’t lie, I was expecting it. Nobody works harder so it’s only fitting. This just means that I’ve become a target for a lot of other artists that want that position so its just up to me to stay on my toes and make sure nobody catches up.”