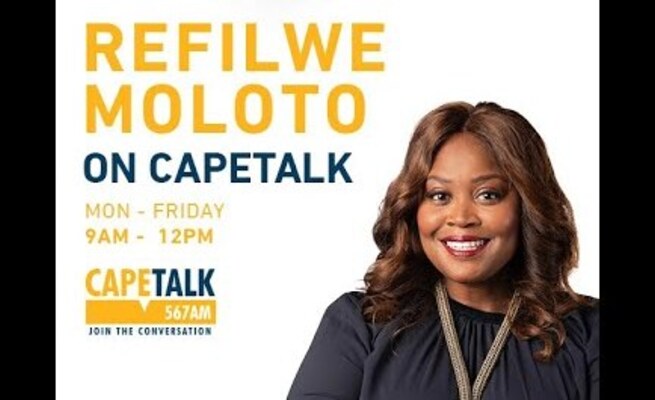 “I still can't believe I am being made to feel like a guest in my own country.”

These were the words of Cape Talk presenter Refilwe Moloto, who was tearful on air when describing what it's like to be a black person living in Cape Town.

On the 30th anniversary of former president Nelson Mandela's release, Moloto shared how a conversation with a friend was rudely interrupted by an elderly white woman, who told them to “shut up”.

Mandela was released from prison on February 11 1990, after the unbanning of political organisations such as the ANC, PAC and SACP.

“I was having an enthusiastic and animated conversation with my friend on my patio about something very emotive with respect to her son,” said Moloto on her show.

“Out of nowhere, from across the street, I suddenly see a matured white old lady come out of her patio and she was yelling at us, angrily.”

Moloto said after asking what the problem was, the woman allegedly started yelling: “You are too loud. I can hear you from here. Shut up!”

“The thing that really cut me, especially anticipating the celebration of Mandela's release, is that her tone, her presumption and her audacity were unfortunately so familiar to me for these past three decades.

“I know exactly that tone and I know when someone talks to me like that what their assumptions are, and I know where it's coming from.”

Moloto, who said she was as “tough as they come”, added: “While I am aware of the social constructs imposed by many white people in Cape Town, either by disapproving looks, questioning glances and peering over their wall or forced assimilation, I have always felt at home in the neighbourhood and the city at large.”

She urged South Africans in this third decade since Mandela's release to take the opportunity to do the real work.

“We shouldn't be having these conversations after Mandela stepped out of jail, like the way that we claim SA has done so well.