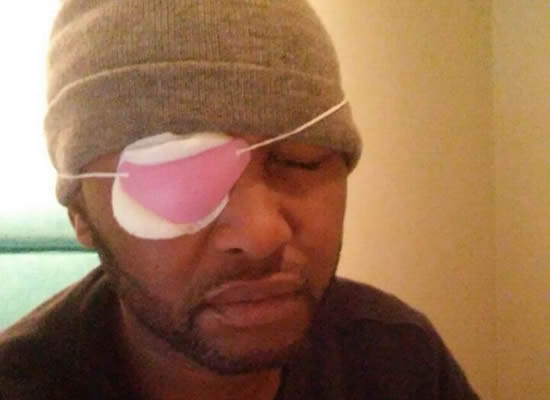 Afro-pop star Vusi Nova says the past two years have been hell. The musician has had a hard time dealing with a broken heart.

But, as is the case with many great artists, Vusi Nova, real name Vusumzi Nongxa, found inspiration in the depths of despair. He recently released his fifth album called Manyan-Nyan(The Truth).

“Two years later I am still hurt and it’s been hard to get over my ex. I’ve tried dating, but I was not getting the right one,” the muso told City Press this week.

Although the Ndikuthandile hit-maker doesn’t want to name his ex, he says one of the reasons he decided to call it quits was because of his former lover’s dishonesty.

A few months ago, the musician appeared in the specialised commercial crime court in Johannesburg facing charges of fraud and money laundering, amounting to almost R1 million.

Despite this, Vusi Nova says he is happy and content.

He and his co-accused, Jonathan Searle, are alleged to have defrauded an elderly Johannesburg couple, Leon Kruger and Catharina Johanna Kruger, between 2011 and 2014.

The musician faces nine counts of fraud and one count of money laundering.

“I was asked not to talk about this matter in the media as it is still under investigation, but I am innocent. Do I look like a fraudster?” he asked.

In his latest album, the musician features Kelly Khumalo, Zahara, Ntando Bangani and the 047 boy band.

He says even though he’s been unlucky, he still believes in love.

“Many people are going to find healing by listening to this album,” he said, adding that if he could pick his one favourite song it would definitely be Manyan-Nyan because he was “honest” when he wrote it.

“I am being myself in this album; it is a real album.”

Dressed in black jeans, a black top, red leather jacket and Gucci sneakers, Nova said his latest offering is a continuation of his previous album – Naninina – in which he sings about his life experiences.

On Thursday, Nova had an intimate celebration of his album going double platinum with his close friends at Lonely Hearts Club in Melville, but his former BFF Nathi Mankayi was nowhere to be seen.

He was reportedly unhappy after his second album wasn’t marketed well by the company and claimed he was not given much attention and all the focus was shifted towards Vusi Nova.

“We haven’t been talking ever since he left Muthaland Entertainment. I really don’t know what I did to Nathi because if he is fighting with the record label why is he dragging my name into all of this? But I wish Nathi the best in life; I think he is a talented musician,” Nova said.

Asked why is he the only man still standing with the record label, he said he hasn’t experienced the exploitation that other artists like Zola claim they have suffered.

“Artists are always complaining about this and that, and I always ask myself why I am the special one. Lance Stehr [founder of Muthaland Entertainment] and I have a very good relationship,” he said