Home Celeb Gossip Real reason why there is serious beef between Zodwa Wabantu and Skolopad... 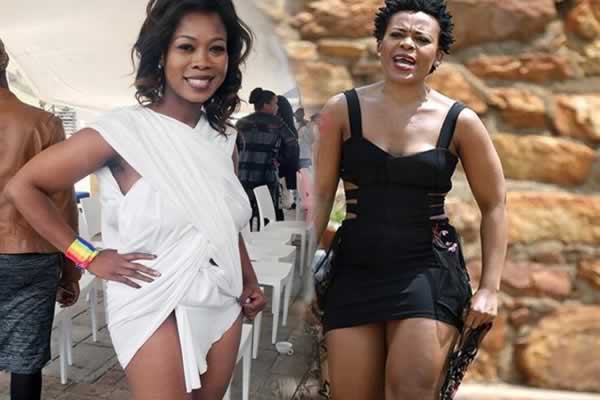 The battle of the booty shakers isn’t going to get any less intense in the near future. Zodwa Wabantu and Skolopad are in different WhatsApp groups right now.

The pair arguably has more in common than what divides them: They’re both kick-ass dancers who have set the socialite scene on fire. They slay on every red carpet they arrive at, and have legions of fans fawning over them after recently becoming household names in South Africa.

There is a deep friction between the pair, though. So what caused this very public spat?

ZODWA WABANTU AND SKOLOPAD: WHY DON’T THEY GET ALONG?
The pair both started making waves in 2016 and enjoyed astronomical rises in 2017 when their performances on the dancefloor went viral. However, their paths crossed at the Feather Awards last year and things got off on the wrong foot.

Skolo – real name Nonhlahnla Qwabe – accused Zodwa of refusing to take a picture with her at the event. Since that day, the pair haven’t been shy to drag each other.

WHAT HAS ZODWA SAID ABOUT SKOLOPAD?
Wabantu dismissed the Feathers photo fiasco as nothing personal and said that she didn’t want to be seen with Qwabe as it would be “bad for her brand“.

She’s also said that Skolopad is addicted to the fame, and that’s where their personalities clash. Wabantu says she is motivated by the money only, but her rival is too hung-up on the glitz and the glamour.

WHAT HAS SKOLOPAD SAID ABOUT ZODWA?
Skolopad took the feud into fifth gear when she went on to compare Wabantu to a “trailer following a car”. She roasted the dancer for needing the support of DJ Tira to get anywhere in the industry and called herself a “car leading the way”, in relation to the trailer comment.

In that same interview with TimesLive, she threatened to take their beef and make it into “mincemeat“. We’ll let you decide if that’s a good insult or not.

WILL THESE TWO EVER MAKE-UP?
This isn’t exactly a violent feud, but there’s enough bad blood between the pair to suggest that reconciliation will be tough. Wabantu has previously stated that she doesn’t hold a grudge with anyone, and believes women should support each other.

Skolopad has been a little less diplomatic, however. Here’s what she had to say when asked if she and Wabantu could ever work together in the future:

“I will only think about having her as my MC at one of my big shows, going: ‘Are you ready for Skolopad-a?’ And doing her moves. She will be opening for me. I will be paying her, but only as my MC.”

ZODWA WABANTU AND SKOLOPAD: WHO IS THE BETTER DANCER?
It’s your call….