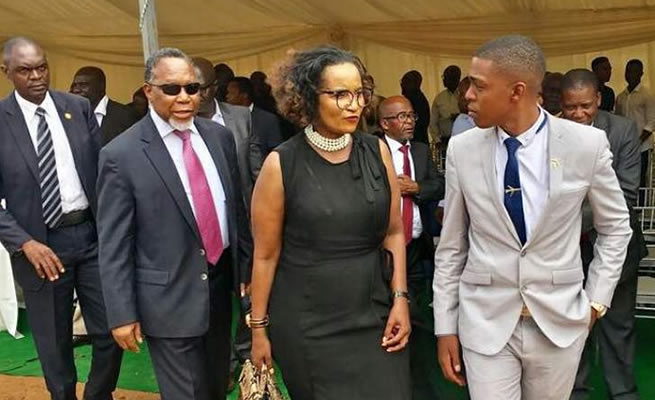 Nhlanhla Lux Mohlauli, the xenophobic leader of the extremist vigilante group Operation Dudula which is fighting against foreigners who came to live and work in South Africa, is a creation of President Matamela Cyril Ramaphosa's faction of the ANC as a joker card that will catapult the African National Congress to win the 2024 elections, it has been revealed.

Sparked by protests of pro-Zuma supporters who were calling for the former president to be released from his 15-month jail sentence, some believed that the widespread looting was being led by a small group of KwaZulu-Natal supporters. President Ramaphosa in his address acknowledged that some of the unrest that had transpired had been caused by ethnic mobilisation at the time.

Ramaphosa thanked Nhlanhla and other community members for protecting the mall.

"You represent the future and I am glad to know that we are going to hand over this future to people like you who are going to defend our economy but also our democracy. So thank you very much for standing firm and doing what you are doing," he said.

A highly placed impeccable source from the ANC's Headquaters Luthuli House who spoke to this reporter on Wednesday detailed how a plan was hatched by the Ramaphosa faction of the ANC to use the ANC poster boy.

Read the narrative that she detailed below:

Trouble began when the RET (Radical Economic Transformation) forces working with the MK Veterans in KwaZulu Natal decided to start a Congress campaign for a certain slate. Their campaign was characterized by a wave of demonstrations in Ethekwini where they called upon the foreigners to leave the running of small businesses to the local South Africans.

A certain section of local South Africans in Ethekwini resonated with the call and joined the sporadic demonstrations.

It is at that moment that the Thuma Mina faction realized that the RET forces were galvanizing grassroot support using the call for eviction of foreign businesspersons.

The second issue also was that the opposition EFF was also seen on the ground everywhere where our people had local problems like Senekal. Which meant that the RET forces and the EFF were far ahead of the Thuma Mina faction in terms of directly communicating and interacting with the masses.

A plan was hatched to have a counter strategy that will do two things: 1. To secure President Ramaphosa's victory at the December Conference and secondly to guarantee a win for the ANC in the 2024 elections.

It is at that point that Mohlauli,who was a member of the Naturena Community Policing Forum's patrol group in about 2019, was identified as the new poster boy of the movement to counter the above persons I have cited above.

The opportune time for him to rise was during the July unrest where he was assigned to defend the Maponya mall which houses a number of businesses owned by the white businesses from being looted as was happening in other malls across the KZN and Gauteng.

Nhlanhla delivered and he became a hero. Now was the time for him to take an active role in the broader plan. That is when he formed the Operation Dudula. The movement is also supposed to achieve creating an animosity between foreigners and local South Africans. Remember the Economic Freedom Fighters are known for the pro-foreigners stance so once Nhlanhla mobilizes the locals against foreign you are going to see locals stopping to vote for EFF.

One thing that I must highlight at this point is that, as we move towards congress and towards elections of 2024 you are bound to see Nhlanhla taking an active role in the ANC Youth League politics thereby making sure all his ground forces and umphakathi transfer their loyalty fully to the ANC.

Read the second segment of the narration in our next article.