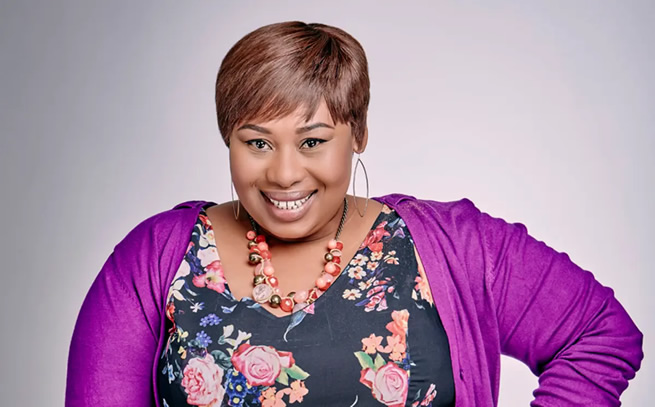 Actress Nobuhle Mimi Mahlasela has opened up on her battles with depression and suicidal thoughts, which almost led to her taking her own life.

Known for her role as Aggie on popular Afrikaans soapie 7de Laan, She got real about her mental health challenges with fans on social media.

“I woke up one day last week and I couldn’t take it any more! I was overwhelmed with traumatic incidents I encountered and all the thoughts in my head the last couple of months. I cried so much I couldn’t breathe and I had a severe headache throughout this episode.

“It was an anxiety attack, but this time I was not letting it get to me. I picked up the phone called my sister and a close friend to let them know that I’m not OK, and that simple act of calling someone was me fighting!” she explained.

She managed to “gather” herself and headed to work. On the way she saw a truck with a message that everything was going to be OK.

It led her to reflect on struggling with depression for years.

“I’ve been fighting depression and anxiety all my life by 'managing' and 'controlling' it, by simply blocking traumatic experiences I’ve encountered since I was a young girl. I attempted suicide twice in my life because I just did not want to be here and feel this pain any more,” she explained.

The star is determined to fight and started therapy this year.

“I have to go back to that little girl that got hurt and heal her. I’m happy I decided to fight this. I’m not an expert but I’m learning and I’m on a journey of healing,” she said, encouraging others to speak about their struggles and get help.

Nobuhle admitted that it is not easy but she is proud of herself for not giving up.