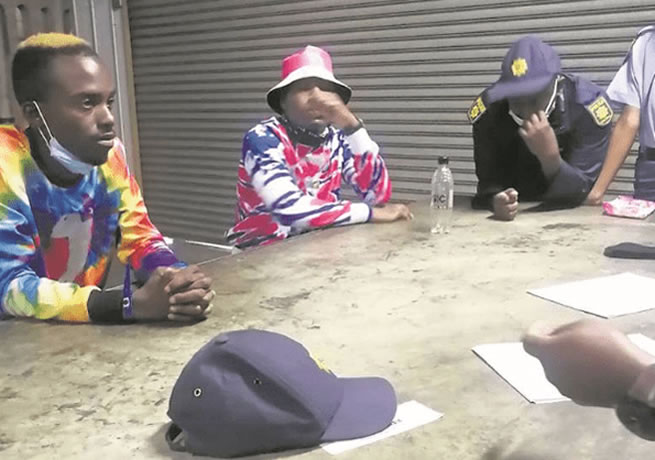 The con artist, who is targeting trail-blazing creatives who are hungry for instant success and fame, conned Ukuthula Records owner Lettie Mncube and John Vuligate singer Ntosh Gaz out of a total of almost R10 000.

The two victims alleged that the money they lost to the fraudster was the tip of the iceberg because many superstar wanna-be artists have lost a lot of money to this unknown fraudster.

News that a fraudster was prowling the showbiz ecosystem came to the fore when Mncube was swindled out of R3 500.

Speaking to Sunday World, Mncube said the tsotsi pretending to be Maphorisa approached her two months ago and offered to market and promote her artists so they could become recording megastars

She said as they were finalising their deal, the fraudster, whose accent is similar to Maphorisa’s, asked her in a Whatsapp message on January 24 to organise 10 girls for his music video, which he wanted to shoot in Mozambique. He said if the girls did not have passports, they would need to pay him R350 each, which he would allegedly use to pay a home affairs officer to organise documentation for them.

“I’m gna b shooting a video in Mozambique

“Every lady is getting paid 6k … 3k before we leave and 3k afta we return.

“Remember if they dn’t have their passport they will send U their 350’s then U forward to me so I can gv my guy at home affairs to do the passports quick,” reads the message.

But she did not fall for his trick. “How much could I have lost had I paid him the money?” she asked fighting back her tears.

Convinced it was Maphorisa after several phone calls, Mncube said she deposited between R500 and R1 500 in three different tranches. This after he sent her a fake contract with the letterhead of Maphorisa’s record label Blaqboy Music.

“He said we should, among others, sent him video clips of the songs we recorded so he could post them on social media platforms. But he disappeared after receiving my money,” she said.

Gaz also said he was cheated by the same villain. “He approached me before the John Vuligate track could blow up and asked to promote my music for R5 000. After paying him the money he disappeared. I wanted to open a case against him, but decided not to because some people said it was indeed Maphorisa behind the scam while others said it was not him. So that left me confused.”

Maphorisa’s manager, Thuli Keupilwe, said Mpahorisa was aware of the scam. “The matter is with the police and we can’t comment at this stage because its sensitive,” she said.

Last month, Maphorisa survived a hit when a man opened fire at his Mercedes Benz bus and critically wounded two artists. The motive for the attack is still unknown.