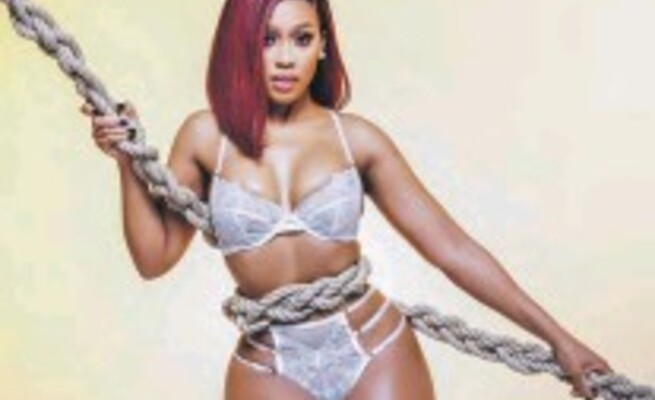 The #SilhouetteChallenge is a TikTok challenge that began in an effort to empower women to celebrate their bodies and sensuality.

Set to a mashup of 1958’s Put Your Head on My Shoulder by Paul Anka and Streets by Doja Cat, the challenge plays on women’s impressive transformative ability. In a similar fashion to the #BussItChallenge and the #DontRushChallenge, this new challenge shows women transforming from their frumpy at-home looks into sensual goddesses obscured by a shadowy red filter.

After posting her video, her comments were understandably filled with flame emojis.

Actress and influencer Buhle Samuels has officially shut down the infamous TikTok silhouette challenge with an entry that shows exactly why she is famous for her fabulous curves.

After posting her video, her comments were understandably filled with flame emojis from other celebrities like Minnie Dlamini-Jones, Amanda Du Pont and Bontle Modiselle, in praise of how hot the video was.

As the challenge took off with entries from women of all shapes and sizes from all over the world, it quickly became an affirming challenge with many of its entries going on to be celebrated.

It also gave men who wanted to participate a chance to show off what they could do, with some very raunchy results.

Things quickly took a dark turn, however, as many predatory internet users started looking for ways to “remove” or lighten the red filter in an effort to see the body parts of those who chose to do the challenge in the nude.