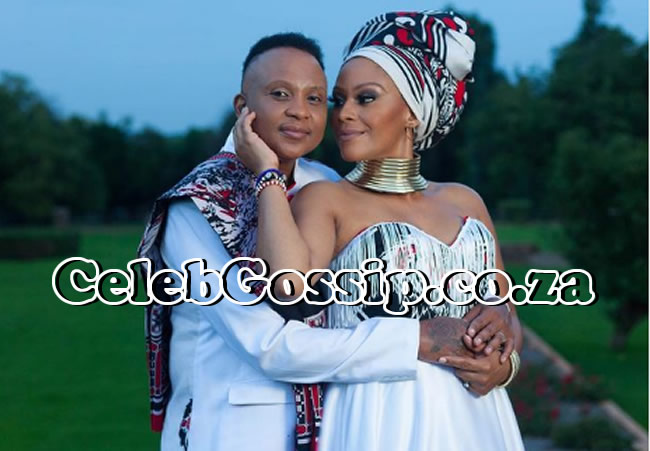 Singer and actress Letoya Makhene-Pulumo has shared a never-before-seen wedding picture of herself and partner Lebo Makhene-Pulumo, on social media.

In the picture, the couple is wearing stunning white outfits designed by Revolt Apparel, sporting matching details that consist of red, white and black patterns.

Letoya also shared images of the décor from her traditional wedding, done by Nono Events, and it consisted of gorgeous floral centre pieces, gold crockery, square glass tables, as well as black and white zebra-striped round wedding chairs.

The couple held their traditional wedding on 22 December.

Letoya explained that she was a fiancée for only one week, as she started planning her wedding moments after Lebo had proposed.

Lebo expressed how she was slightly worried about approaching Letoya’s father to ask for Letoya’s hand in marriage, as well as approaching her own uncles to assist with the lobola negotiations, because even though same-sex marriages were legal, she was wanted to honour her family’s traditions, as well as Letoya’s.