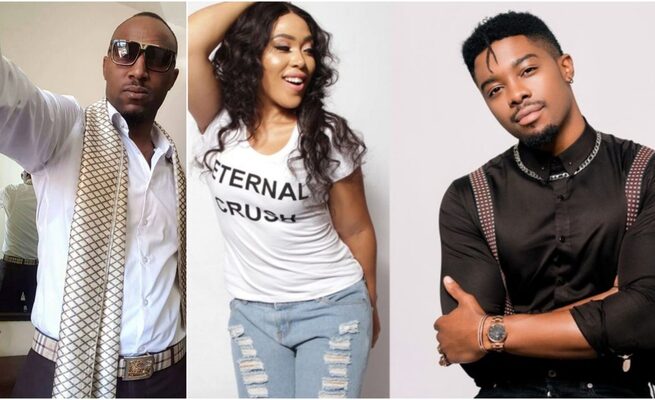 Zimbabwean gospel rapper Mudiwa Hood has launched a sensational attack on compatriot and South Africa based model and media personality Tino Chinyani. In a no holds barred attacked, Mudiwa Hood claimed that Tino is just a cheap hustler who preys on grieving South African widows to make ends meet. An apparent reference to Tino’s relationship with Simphiwe Ngema, the widow of the late Dumi Masilela.

The brutal and unrestrained, and some are saying below the belt, attack from Mudiwa Hood came about after a mini-spat on social media platform Instagram. The drama started when Tino called out Mudiwa for showing off his bedroom which had US$100 notes littered around to prove how loaded he is.

When Tino told Mudiwa to stop the extra ‘small boy moves’ the rapper claimed that he had no idea who Tino was. Tino who seemed to be in a no-nonsense mood as well then caustically replied that he is what Mudiwa has always aspired to be.

Below is Mudiwa Hood’s full attack on Tino Chinyani in which he accuses the latter of not being as wealthy as he is and of preying on grieving SA women.

I rarely respond to insults but wandijairira!( you are sizing me up)

Before the insult, trust me I didn’t know you. Zimcelebs stole my pic and put up a very provocative caption jus to have people diss me, something i wish they could stop😞.

You came, saw it and attacked me, which wasn’t cool at all considering you didn’t know me and neither did I. Listen, we come from two different worlds and backgrounds.

I am a ghetto boi who grew up with nothing not even a bed and i ain’t ashamed. I used to sleep parukukwe chaipo something u know nothing about. I have worked my way to be here and the few things i have now, I celebrate them unapologetically. I know poverty cause i lived it, thats why I help people, give food and money to those in need…have you ever helped any Zimbo iwewe(you) or Zimbos there in SA who are struggling to make ends meet in this Lockdown? selfish kid…u jus know flooding naked pictures of your guvhu dende on social media…

“I’m the guy you thought you could be. Take notes. I’ll make it a good show”

The clap back appeared to have floored Mudiwa Hood and many assumed he had gone off social media to lick his wounds in private somewhere. Unbeknown to them, Mudiwa was working on a full-blooded response in which he was taking no prisoners. In his fight back, he even included Tino’s lover and future baby mama, Simphiwe Ngema, who took no part at all in the social media fight.