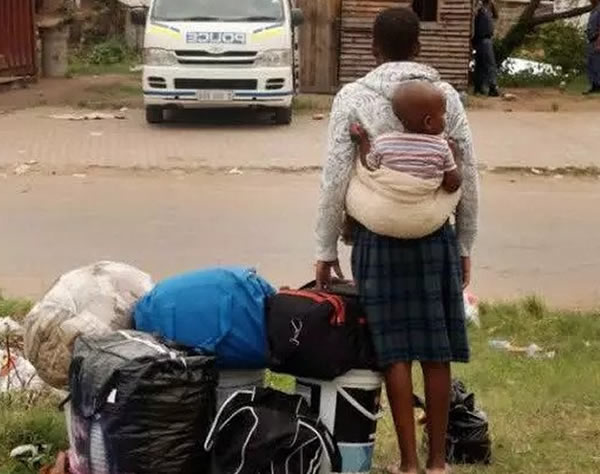 Zimbabwe’s immigration department has been in talks with South Africa on the topic of temporarily suspending the deportation of Zimbabwean citizens until after the Covid-19 peak.

The Zimbabwean government has noticed a recent spike in Covid-19 infections and they are curretly blaming the spike on the number of Zimbabweans being deported. The Covid-19 cases in Zimbabwe have risen to 2 124 from slightly more than 100 in a month. Just on Wednesday alone, Zimbabwe reported 214 new coronavirus cases with 124 of them being citizens deported from South Africa.

A certain percentage of the cases in Zimbabwe are transmitted by the citizens deported from South Africa and most of them are the citizens crossing over to Zimbabwe illegally.

Zimbabwe’s immigration department spokesperson Canisia Magaya said that they are now in talks with South Africa so they can atleast to find ways of temporarily stopping the deportations of Zimbabweans.

“Since the outbreak of Covid-19, Zimbabwe has received a total of 7 845 repatriated citizens from Botswana and South Africa. Six hundred and thirty (630) Zimbabweans were deported from South Africa for various offences,” said Magaya.

Magaya also continued to talk about how they had a routine, mutual interaction with the immigration authorities. Since the boarders are being closed, other restrictions have to be put in place to address Covid-19.

“Prior to the outbreak of Covid-19, the Department of Immigration held meetings on a monthly or a daily hoc basis, with respective immigration authorities, as part of the routine, mutual interactions. Obviously, these bilateral engagements and communications which have continued during the Covid-19 times, are done in line with the Standard Operating Procedures. Due to the border closures and other restrictive measures which have been put in place to address Covid-19, we have however resorted to virtual interactions, particularly for the relaying of information to facilitate both repatriations and deportations.”

Currently the Zimbabwean authorities are having trouble with the containment of smugglers and border jumpers, they get into a country without being screened or sanitized and that will cause the virus to spread. However some Zimbabweans who have been deported from South Africa are always escaping from the quarantine treatment facilities and this causes a spike in the spreading of the virus.

Personally the best thing that has to be done is to make sure that people get the proper screening before being deported. Everything that has been done right now is just going to make things worse as South Africa is in the 5th position of the most infected countries in The world's.