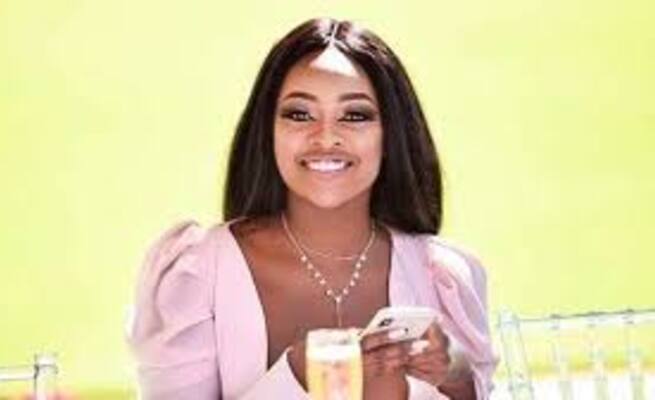 ACTRESS Omuhle Gela has a bun baking in her sexy oven.

According to insiders, the star who plays Khumbuzile in the Mzansi Magic telenovela, The Queen, is four months pregnant.


When called for comment, Omuhle confirmed she was pregnant. Exclaimed Omuhle: “I’m pregnant, so what?” When the SunTeam mentioned Nsovo’s name, the actress said it made her sick.

Informants told the SunTeam Omuhle had kept her pregnancy hush-hush. This because she was aware of Nsovo and Mbali’s “romance”, the moles said.

According to an insider, Nsovo had yet to tell his family about the pregnancy. This except for his dad, Auswell Mashaba, the insider said.

Explained the source: “I know his dad knows, but I’m not sure about the rest of the family.”

The informant said Omuhle was enjoying her pregnancy.

Insisted the insider: “She has a good support system and has no time to run after the childish guy [Nsovo], who knew what he was getting himself into, “He’s obsessed with famous girls and we warned Omuhle.”

Another source claimed Nsovo had initially committed to raising the baby with Omuhle.

“But he suddenly changed his tune, citing he wasn’t ready to be a dad,” the source said.

“He’s a player. I don’t see him committing to raising a baby. He’ll financially be there but emotionally I doubt it.”

Both Mbali and Auswell were not available for comment.