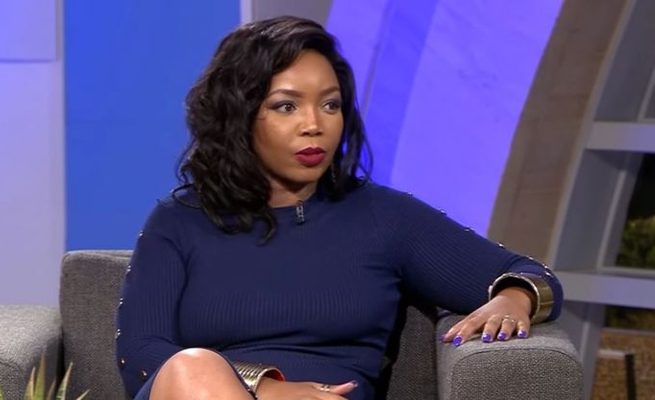 Thembisa Mdoda is on a roll, over the past couple of months, the multi-talented star has bagged several gigs in the entertainment industry. The media personality became a household name when she was a presenter on Our Perfect Wedding and after leaving the show, she has managed to stay relevant.

Earlier this year, Thembisa bagged another wedding show on BET. The show will give 13 lucky brides an opportunity to choose a wedding dress of their dreams. 2 Families and a Wedding Dress premieres Wednesday, 24 July at 21:30 BET (DStv channel 129).

I am so so happy. I love love 💕. I love weddings…need I say more? #ComingSoon #ShesBack #2FamiliesBET

Not only did she bag a presenting gig, but Thembisa also bagged an acting role on Isibiya. According to reports, she will be playing the role of Advocate Molefenyane’s baby mama. Fans were a buzz with predictions on how her role might play out in the hit telenovela.

Thembisa is not the only Mdoda sister doing well for herself, a couple of months ago, her sister, Anele bagged a presenting gig on The Voice South Africa and fans have been enjoying her high-energy presenting style.