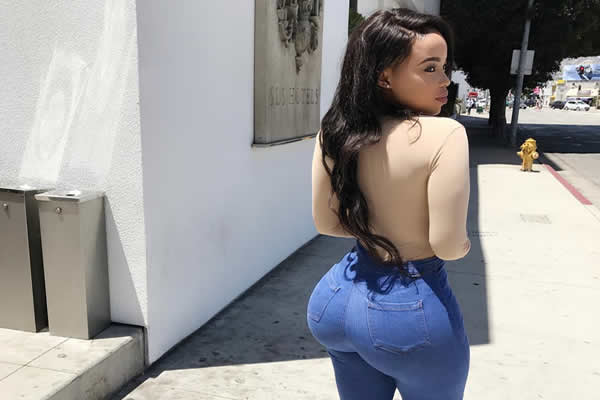 MOST heterosexual men are initially attracted to the physical assets of a woman.

One such body part is the woman’s bum.


While a lot is often said about the man’s fascination with a woman’s booty, recent science-based research indicates that there is a logical reason behind this phenomenon.

According to a new study, many men prefer women with large, curvy bums. The study found that evolution has preferred women with a spine curvature of 45 degrees because it allowed them to remain mobile throughout pregnancy without risk of injuring themselves.

According to a study, researchers believe this finding may partially explain why the modern man remains so infatuated with the size of the backside of potential female partners.

The curve at the bottom of a woman’s spine allows her to significantly shift weight, and without this ability, pregnant women would face a serious disadvantage.

According to the study, without a spine curvature of this degree the pressure on a woman’s hips during pregnancy would increase by 800%.

This would cause her to not only become largely immobile, but also put her at risk for sustaining serious injury.

Lead researcher Dr David Lewis said it’s believed that our male ancestors developed a sexual attraction to women with big butts because it increased their chances of having offspring which would live long enough to pass on their DNA.

It’s not just ancient men who show a preference for women with this build, however.

Researchers based in Bilkent University in Turkey asked 300 men to look at silhouettes of women with many different angles of spine curvature.

Results showed that most of the men were significantly more attracted to silhouettes of women who had a spine curvature of 45.5 degrees, suggesting that this ancestral preference for spinal curvature has persisted.

Lewis believes that his findings may offer an explanation into modern man’s love of round female butts.

Men may be directing their attention to the backside and obtaining information about women’s spines. Even if they are unaware, that’s what their minds are doing.