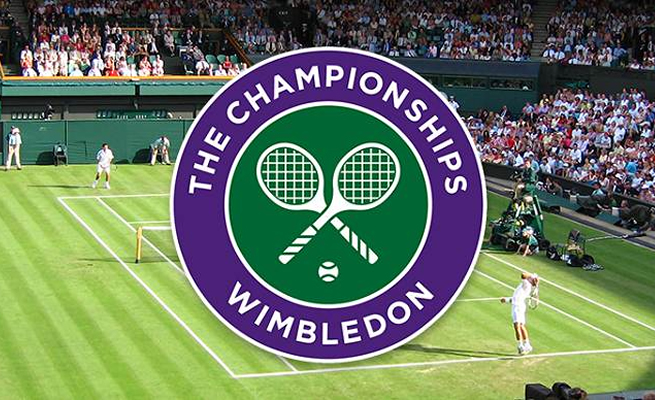 Wimbledon organizers are in negotiations with the UK government over Russian and Belarussian players competing in the 2022 tournament. According to reports, men's world number two Daniil Medvedev may be barred from competing in the event because of concerns that a Russian victory would bolster Vladimir Putin's dictatorship during the invasion of Ukraine. This could possibly affect all sports betting predictions on 20Bet.

So far, Russian and Belarussian athletes have been allowed to compete in ATP, WTA, and ITF events as long as they do it under a neutral flag and without performing the national anthem. Due to its autonomous tournament status, the All England Club, which conducts Wimbledon, may be able to impose a ban on players from such nations without fear of legal ramifications.

Organizers of the event are now in contact with the government and the Lawn Tennis Association in order to reach a decision before the entry deadline next month. The All England Club issued a statement saying that they have noticed the UK Government's advice regarding the presence of Russian and Belarusian persons in a neutral role at sports events in the UK.

Since this is a complicated and difficult topic, the All England Club is continuing to consult with the UK government, the LTA, and the international tennis governing organizations. The plan is to make a decision about Wimbledon before the entry date in mid-May. Wimbledon is set to take place from June 27 to July 10.

Nigel Huddleston, the UK sports minister, has already called on all Russian and Belarusian sportsmen to demonstrate that they are truly impartial and that they do not support or accept money from Putin or the Russian authorities. Medvedev, the US Open winner, is presently the most well-known tennis player from those countries. After undergoing hernia surgery, the 26-year-old is doubtful to compete in the next French Open.

Aryna Sabalenka and Victoria Azarenka of Belarus, along with Anastasia Pavlyuchenkova,  Daria Kasatkina, Veronika Kudermetova, and Ludmilla Samsonova from Russia are some of the top 50 professionals on the WTA tour. After defeating Serena Williams in the 2004 women's final, Maria Sharapova became the latest Russian player to win Wimbledon singles.

Huddleston answered recently that nobody carrying the banner for Russia should be permitted or encouraged. This was his response to whether Medvedev will be allowed to compete at Wimbledon this year. The UK sports minister went on to explain that they want some confidence that they are not Vladimir Putin fans. Furthermore, he stated that a Russian athlete waving the Russian flag would make him feel unsafe.

In addition, Huddleston said that when it comes to people, things get a little more complicated. Therefore, they are looking at and talking to different sports to see what the reaction and standards should be for Wimbledon 2022.

Russia-Ukraine War Repercussions on Other Sports

Russia is facing enormous athletic repercussions as a result of its war on Ukraine, including expulsion from the 2002 World Cup and proposals for a global ban from events. Russian national and club teams have been barred from participating in FIFA and UEFA events until further notice.

The Russian men's squad was scheduled to compete in qualification for the World Cup in Qatar, while the Russian women's team had advanced for the European Championship in England in July.

The International Olympic Committee has encouraged sports federations and organizers to ban Russian and Belarussian athletes and officials from participating in international competitions. Russia would join Yugoslavia under Slobodan Milosevic and South Africa under apartheid as significant sporting pariahs if such a ban were imposed.

Russian and Belarussian competitors have been forbidden from competing in the Winter Paralympics in Beijing, according to the International Paralympic Committee.

The judgment came a day after the International Paralympic Committee cleared athletes from the two countries to compete as neutrals, claiming that the governing body had obeyed its guidelines and that athletes were not the aggressors.

Elina Svitolina of Ukraine has become the first tennis player to decline to participate against a Russian athlete. She was scheduled to meet Anastasia Potapova of Russia in Monterrey. The former world number three stated that she would not be competing against Russian or Belarussian opponents.

The Russian Grand Prix, which was set to take place on September 25, was postponed a day after Max Verstappen and Sebastian Vettel openly stated their objections to competing in the event.

Until further notice, the International Ice Hockey Federation has prohibited all Russian and Belarussian national teams and clubs from participating in its events. It also robbed Russia of the right to host the junior world championships in 2023.

Vladimir Putin, the honorary president of the International Judo Federation, has been suspended. Putin, a talented judoka who was given an eighth dan in 2014 had been in charge since 2008.

To avoid a bout with Russia, Ukrainian fencers resigned from the world championships in Cairo. The male Ukrainian squad, clad in the national colors of yellow and blue, laid down their swords and took up protest banners.

Russia and Belarus have been barred from all international rugby until further notice, according to rugby's world governing body. Russia's World Rugby membership was also suspended permanently, thereby ending Russia's limited chances of qualifying for next year's World Cup in France.