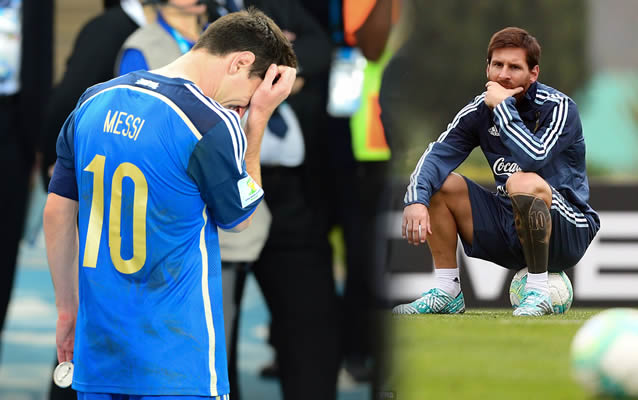 Following Argentina's 3-0 loss to Croatia in the 2018 FIFA World Cup on Thursday, legend Diego Maradona has insisted that Lionel Messi has nobody to help him out in the national team, unlike when he was playing for the Albiceleste.

Many have claimed that Messi does not compare to Maradona as he cannot carry a team quite like his predecessor did, but that myth has seemingly been dispelled by Maradona himself.

The FC Barcelona superstar and his teammates were embarrassed in their Group D loss to Croatia on Thursday, leaving them with an almost impossible chance of qualifying for the round of 16.

After the game, Maradona said that when he was playing badly for Argentina, his teammates would help him out, something he feels does not happen with Messi.

"When I played and had a bad game… (Jorge) Valdano, (Jorge) Burruchaga showed up and had my back," he said, according to journalist Juan Arango, as per GiveMeSport.

Argentina will now rely on other results to have a chance of qualifying for the next round, starting with the match between Iceland and Nigeria on Friday.

Meanwhile, a Croatia international has claimed that some of the Argentina players were "crying like girls" during his side's convincing 3-0 win over the Albiceleste in the 2018 FIFA World Cup on Thursday night.

After the game, Argentina coach Jorge Sampaoli suggested that his team dominated proceedings during the match, a view Croatia defender Sime Vrsaljko did not agree with.

"I do not know what game he watched," the fullback said, according to FourFourTwo.

"I saw Argentinians falling on the floor and crying like girls. We were firmer, better, had better chances. They will have to do well in the next game (against Nigeria) to progress to the second round, if they even progress."

The South Americans have just one point from two matches, and will need other results to go their way if they are to reach the round of 16 in Russia.