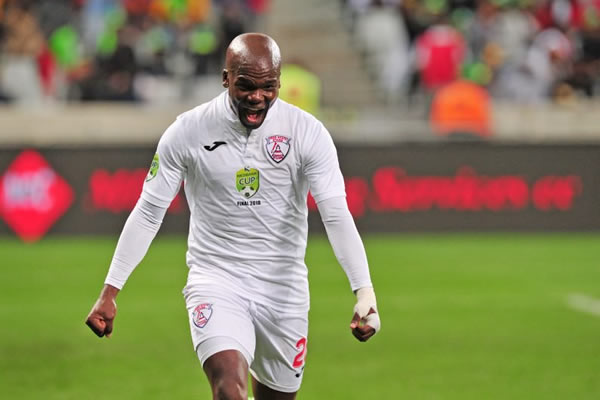 The Free State Stars player from Nongoma has allegedly failed to pay sangoma Magalobha Cele from Endumo, Mhlabuyalingana in northern KZN, R30 000 for muthi he supplied him late last year.

Cele said Goodman arrived at his home crying. He allegedly told him about the bad luck of not getting game time and that he was unable to score goals. He also claimed that he was unpopular with the coach.

“He said I must help him because if things continued the way they were, he could lose his place in the team. I gave him hope and muthi to use to help him with his problems. I agreed that he could pay me later when his career had improved,” said Cele.

He said Goodman’s life and career had since improved.

“Goodman should have started paying me, but he is now avoiding me. He should know that as much as I was able to improve his career, I also have the power to destroy it again,” said Cele.

When Daily Sun called Goodman, he confirmed that he knew Cele.

“The reason he was unable to get hold of me is that I changed phones and his number was left in my old phone. Most of the time I do not take calls from numbers I do not know,” Goodman told the People’s Paper.

“But we spoke on Sunday after he sent me an SMS and that is how I discovered it was him who had been calling me for months.”

He said they would sort out the matter.