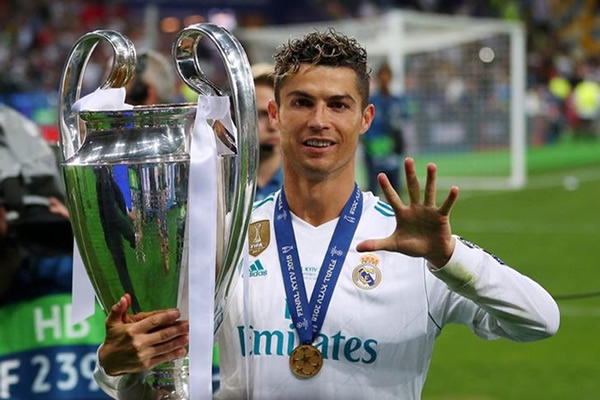 With a fifth title and a record 120 goals, Ronaldo tried to make Saturday’s triumph all about him.

But his teammates are having none of it.

After clinching a fourth European Cup as Los Blancos beat Liverpool in the Kiev final on Saturday, the Portuguese made it sound that his time at the Bernabeu was at an end.

Ronaldo was quiet in the match as Karim Benzema’s opener and a Gareth Bale brace sealed a 3-1 win, to complete a hattrick of titles.

But CR7 stole the headlines after the game, saying: “It was very nice to be in Madrid.

“In the next few days, I will give an answer to the fans. Because they have always been by my side.”

“Who has more Champìons League titles and more goals?”

His Real teammates were not happy, with skipper Sergio Ramos speaking out.

The defender said: “If there is something there, he must clarify it today.

“He is a key piece for us. He could not be in a better place.”

Then at Monday’s trophy parade, Ronaldo seemed to make a full 360 on his post-match k@kpraat.

Speaking to the fans, Ronaldo said: “Thank you so much guys, see you next year.”

It is unclear if this is the end of CR7’s transfer saga.

The Portugal captain has been in the transfer gossip columns in almost every transfer window.

And once again, he has been linked to a return to Manchester United, where he won his first Champions League title in 2008.