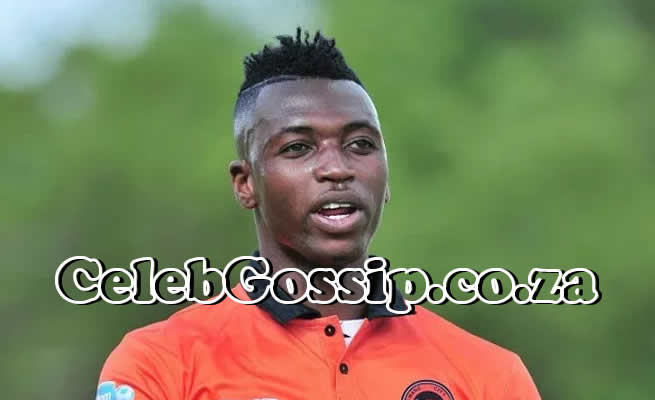 South Africa police service (SAPS) cops are holding Zimbabwean soccer player Walter Musona after his car was found loaded with goods believed to have been stolen in an armed robbery on Friday.

Musona is reportedly being held at Apel Police Station in Lebowakgomo outside Polokwane.

BREAKING NEWS! A Polokwane City player has allegedly been arrested for house breaking and possession of stolen property. The player is allegedly part of an organised crime syndicate which deals in moving flat TVs and other stolen goods across the boarder to Zimbabwe pic.twitter.com/OK03GI1bPX

The robbery was committed in the Mohlaletse area outside Polokwane at a guest house where suspects driving the Polokwane City star’s car attacked the employees at the lodge, shooting one in the process before ransacking the building.

They stole 10 plasma television sets and loaded them into their vehicle and stole several other electrical appliances.

These are the stolen items found by the police in the car of a Polokwane City player.

*FARPost cannot name him until he appears in court. Check our timeline for the earlier story we posted.

“The suspects’ car was immediately followed by the police and a car chase ensued until the culprits’ vehicle lost control and knocked a tree alongside the road. But the suspects managed to flee on foot,” he said.

“Preliminary investigations revealed that (Musona) was not in the car during this incident, but he is cooperating with the police to track down the suspects of which one has already been identified,” said Ngoepe.

He said suspects were still on the run and appealed to another Zimbabwean, Bothwell Maligasi, to surrender himself to the police.

Asked by one of his followers on Twitter, Herald senior editor Robson Sharuko confirmed the incident but said Musona’s car was used for criminal activities without his knowledge.

“His agent says he gave his car to a Zimbabwean friend who then abused it to go on a stealing spree he says the guy has since disappeared back to Zim.” Sharuko responded.

Musona is a former FC Platinum player who had a short stint with Slovakian side FK Senica in 2015 before joining current club two years later.