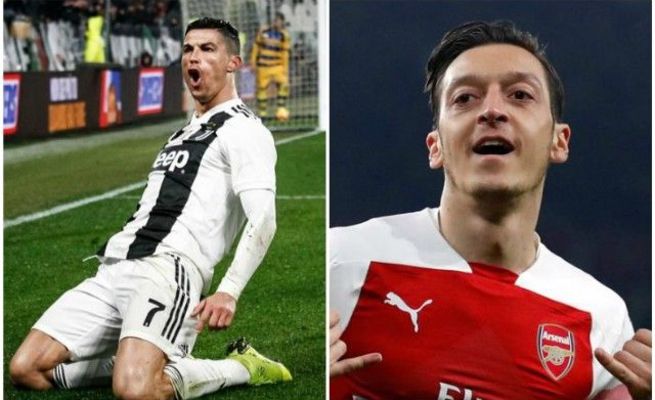 Arsenal star Mesut Ozil could not hide his admiration as his old Real Madrid team-mate Cristiano Ronaldo destroyed Atletico Madrid for Juventus in the Champions League on Tuesday night.

The Portugal international was at his very best to score a hat trick against Atletico, sending Juve through 3-2 on aggregate and continuing his love affair with the Champions League.

Ronaldo has won the last three finals in a row with former club Real Madrid, and on tonight’s evidence, looks determined to add to his impressive individual trophy collection with Juventus.

It’s big games like this that the Serie A giants signed Ronaldo for, and Ozil certainly seemed well aware of his brilliance as he watched this evening.

Ozil simply tweeted that the 34-year-old was putting on an ‘amazing show’, and that pretty much sums it up almost every time he steps out onto a Champions League pitch.

Can Ronaldo continue this hot streak in Europe and fire Massimiliano Allegri’s side to the trophy come the end of the season?