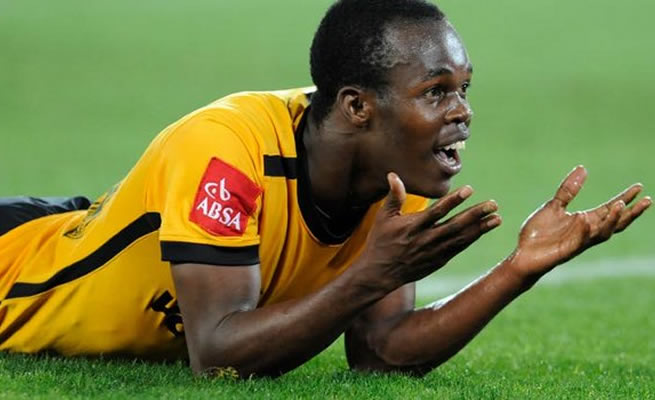 Knowledge Musona could be set for a third spell at Kaizer Chiefs, sources have confirmed to Sunday World.

The “Smiling Assassin”, the nickname he got years ago while in the books of Amakhosi, appears to have no future in Belgium, where he’s been playing.

There were rumours a few months ago that the forward could be leaving Belgian giants Anderlecht in favour of a return to Naturena, but instead Musona went to Lokeren, another Belgian top flight side, on loan last month.


“It doesn’t look like there’s a future for him at Anderlecht and that’s why they sent him on loan. He may not even return to the club when the loan deal comes to an end,” revealed a source, who’s familiar with Musona’s movements.

Musona, 28, joined Anderlecht almost a year ago and in December, rubbished claims that he may return to Chiefs before the loan spell to Lokeren was confirmed.

However, sources say it’s highly likely the Zimbabwean forward may reunite with Chiefs in the near future.

Musona was spotted sitting next to injured goalkeeper Itumeleng Khune during the recent Soweto Derby, which finished 1-1 between Chiefs and Orlando Pirates.

Chiefs supporters would welcome Musona back with open arms after his goal-scoring exploits in the club’s colours over two spells. Musona was the PSL’s top scorer with 15 goals in 28 matches in the 2010/11 season and will go down as one of the best foreign players to play in SA’s top flight.

Musona could form a potential deadly combination with countryman Khama Billiat at the Phefeni Glamour Boys.

The duo played together at the Aces Academy in Zimbabwe and also at national team level.