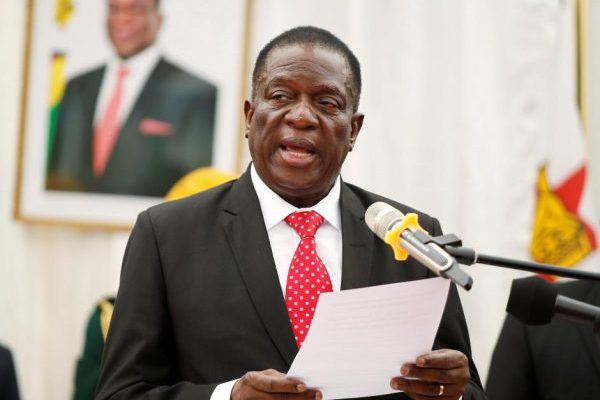 Finance minister Patrick Chinamasa has been replaced by Professor Mthuli Ncube, while the defence ministry will now be headed by Oppah Muchinguri.


According to the privately-owned Daily News, the ruling party was set to adopt a modus operandi that would give it more powers than the government.

Unnamed sources confirmed the development, adding that the president was going to "reassign many bigwigs" to the party’s headquarters, in a bid to strengthen and breathe new life into government, the report said.

"The changes are coming. What we are going to have is a situation whereby the old guard will go to the party and enjoy same perks as ministers. What we are saying is that the party is supreme to the government and the party must therefore have the power to recall some of the ministers from government," an unnamed source was quoted as saying.

Of particular interest is the new finance minister, Professor Mthuli Ncube. He is the Chief Economist and Vice President of the African Development Bank (AfDB). As Chief Economist, he oversees the Economics Complex, which is focused on the process of knowledge management within the Bank and with its partners, and general strategic economic research within the Bank. In this regard, he supervises the Development Research Department, Statistics Department and African Development Institute. As a Vice President, Professor Mthuli Ncube is a member of the senior management team of the Bank and contributes to its general strategic direction.

Professor Mthuli Ncube, holds a PhD in Mathematical Finance from Cambridge University in UK, on “Pricing Options under Stochastic Volatility” and was a lecturer in Finance at the London School of Economics.

Before joining AfDB, he was the Dean of the Faculty of Commerce Law and Management , and also Dean and Professor of Finance at Wits Business School, all at University of Witwatersrand in South Africa.

Below is ZImbabwe's New Cabinet announced by President Mnangagwa on Friday 7 September 2018.