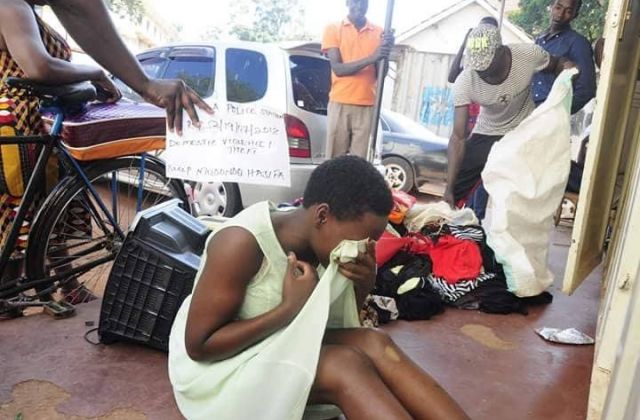 Police have named and shamed a woman accused of stealing household property, three weeks into a marriage.

Patrick Kusemererwa, a clothes vendor fell victim to a cunning Hasifah Mudondo 22 whom he met at a restaurant and took home for a wife, Ugandan website Howwe has reported.

Like any scheming thief, Hasifah stayed with Kusemererwa for the past 3 weeks working out a plan to rob him clean. As fate would have it, on Thursday July 19th, the suspect convinced her three weeks husband to give her transportation money to go check on her sick mother in Bududa.

The man gave her money and left for work. But as soon as he left, the suspect packed every household item she could land on including clothes, woofers, a bicycle, among others. She however met Kusemererwa on his way back from work.

The suspect was running away with items on a boda boda. “He immediately reported a case to Old Kampala Police station who swiftly responded, trailed and arrested the suspect. Hasifah revealed that she was tire of being with a mean husband and got a new boyfriend” police says.

She is currently being held at Old Kampala police station on charges of theft.