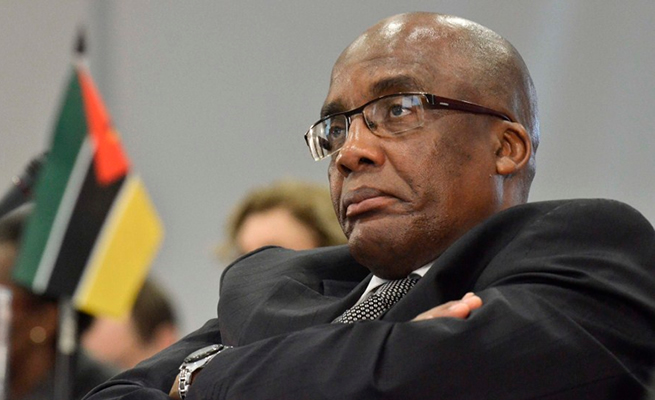 A Zimbabwean Ph.D candidate at Wits University, committed suicide over the weekend, allegedly because South Africa’s Home Affairs Minister Aaron Motsoaledi could not grant him a study permit in time.

Philip Chuma whose study permit expired in November 2021, had been trying to renew his permit to no avail.

Home affairs required the processing of a Letter of Good Cause which Wits supplied towards the end of last year.

Philip had been doing his Ph.D on the transition of newly qualified teachers into their first teaching position in Zimbabwean schools. He was at an advanced stage of his work, having completed his data analysis chapters and was busy working on the discussion and interpretation of his findings.

It had been hoped that his Ph.D. would be ready for examination towards the latter part of the year.

All attempts to have his documentation processed did not yield a speedy resolution resulting in Philip being unable to register for the 2022 academic year. The situation led to Philip growing despondent and facing an uncertain future.

In order to be able to complete his studies, Philip obtained a teaching assistant bursary from Wits and assisted the school by providing marking support for the Geography department and tutoring on Education 1.

According to a person identified as ‘Julia’ from the Department of Home affairs call centre, an application for a study permit can take up to three months to be processed and approved.

PHILIP CHUMA, a PhD candidate at Wits University in Johannesburg, died by suicide over the weekend; in a tragic case that has the evil trappings of the anti-Zimbabwean Afrophobia being pursued by Minister Motsoaledi at Home Affairs. Chuma played by the rules, to no avail. MHSRIP! pic.twitter.com/wDO1AcIAnK

Responding to the tragedy, Moyo tweeted:“PHILIP CHUMA, a PhD candidate at Wits University in Johannesburg, died by suicide over the weekend; in a tragic case that has the evil trappings of the anti-Zimbabwean Afrophobia being pursued by Minister Motsoaledi at Home Affairs. Chuma played by the rules, to no avail. MHSRIP!”