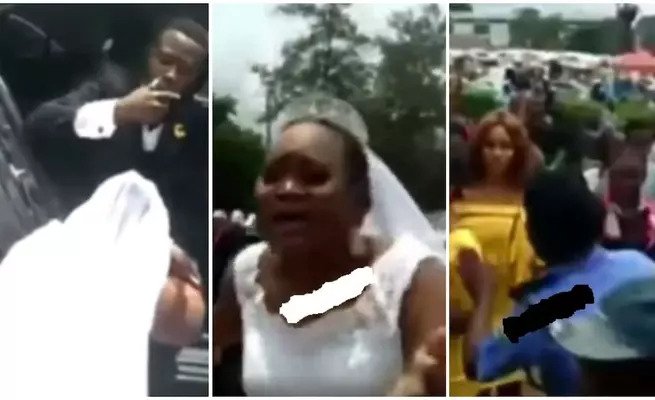 AN angry woman gatecrashed a wedding ceremony and demanded it be stopped.

The Zambian woman claimed the groom was her husband.

The man apparently told his wife he was heading out of town for work but heading to the altar with his new bride-to-be.


According to the Zambian Observer, the wife heard about his plans and rushed to the church to stop the ceremony.

The shocking footage reveals how she marched up the aisle and dramatically told the congregation: “This wedding can’t go on… this man here is my husband.”

The woman’s announcement caused gasps among the congregation, while the groom looked on with his hand on his chin and the bride offered no reaction.

According to the Daily Mail, the man has three children.

Zambia has two different marriage systems, one based on customary law and the other on modern statute law.

The second type doesn’t allow for polygamy, and anyone who tries to get married under statute law when they already have a husband or wife is liable to prosecution.

If convicted of bigamy, the man could face up to seven years in prison.