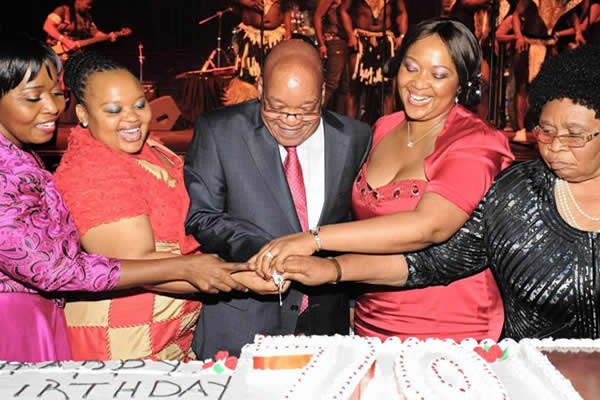 WOMEN could become one of the happiest in the world if one of their politicians has his way.

IOL reports that the regional commissioner of Tanzania's capital, Dar es Salaam city, Paul Makonda, has announced that he will request the country's parliament to introduce a controversial bill, to have 40 percent of men’s monthly salaries deducted and credited to their wives' bank accounts.


The site reports that local media reported that Makonda made the pledge in Kinondoni, Dar es Salaam, on Sunday,during the International Women’s Day celebrations.

"I will petition the National Assembly to introduce a law that will see 40 percent of salaries of men in formal employment deducted and credited to the bank accounts of their spouses who are housewives," Mukonda said.

The senior government official also said that there was need for stringent laws that compel men to indicate on their wills that their wives would be the sole custodians of their (men’s) property should they (men) die before their spouses.

Makonda said many widows had camped at his office seeking his intervention after they were disinherited by their in-laws upon the deaths of their husbands, K24tv reported.He is very likely to be the enemy of men as he also plans to clamp down on married men messing around outside of their marriages.

Makonda said the proposal, if adopted, would save many young women in Dar es Salaam from 'unnecessary heartbreaks and humiliation'.

"I have received a lot of complaints from young women. Many women from Dar es Salaam region have been deceived many times, and they have had enough. Men have been promising to marry them, then later, they [men] ditch the ladies.

He recently, introduced a telephone contact so depressed women can call to seek help from his office.

Women are many times left to take care of their families once their husbands die and many find out during that death that their spouse was drowning in debt.